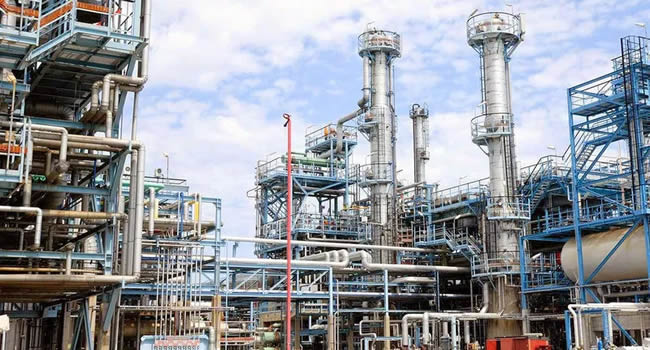 The International Energy Agency (IEA) on Friday, March 19, stated that the plans by the Federal Government to rehabilitate the refineries are unlikely to materialise.

According to a report issued by the Paris-based organisation, Nigeria and other African refiners had missed out in the past decade’s oil demand growth.

The IEA said, “The start-up of the 650 kb/d refineries in Lekki, Nigeria, expected in the next three years, will mark a turning point in the continent’s refining fortunes.

“At the same time, the plans to repair and re-launch the country’s three existing refineries that have not been operating in the recent years, are unlikely to materialise.”

Nigeria currently relies solely on imports to meet its petroleum products needs as its refineries have remained in a state of disrepair for many years despite several reported repairs.

The plants have been shut down for more than a year for rehabilitation.

Ripples Nigeria had reported on Wednesday that the Federal Executive Council approved the plan by the Ministry of Petroleum Resources to rehabilitate the Port Harcourt Refinery with $1.5bn.

Dangote Industries Limited is building a 650,000-barrels-per-day refinery in Lagos which has been described as the world’s largest single-train refinery.

“With new capacity coming online in the Atlantic Basin, notably in Mexico and Nigeria, European refiners will find themselves in an increasingly competitive market,” the IEA said.

According to the agency, smaller refineries might be better suited for Africa, where investors and operators are constrained in terms of cash flows and working capital.

It said, “In addition to this, per capital consumption remains at very low levels, and underdeveloped road and storage infrastructure complicates product distribution over a larger area.

“There has been a flurry of small African refining projects just as shutdown announcements of European and American refining assets started rolling in.”

AfDB explains why private investment into Nigeria fell in 2020, and it’s not Covid-19