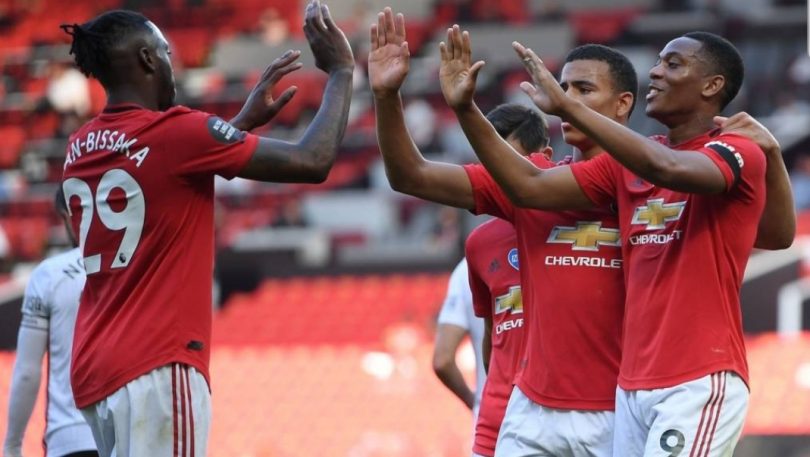 United, who drew 1-1 with Spurs on their return the the Premier League since the coronavirus-induced break, had a more fulfilling outing on Wednesday.

The French forward scored the opener in the 7th minute, doubled the lead in the 44th, before wrapping up victory in the 74th minute and giving way for Ighalo on 80 minutes.

The result moves United to within two points of fourth-placed Chelsea, who face Manchester City on Thursday.

The hosts suffered a third straight Premier League defeat as they lost, and are running out of time to prevent an immediate relegation.

Michael Keane scored the winning goal in the second half, leaping highest at the near post to flick home Lucas Digne’s corner.