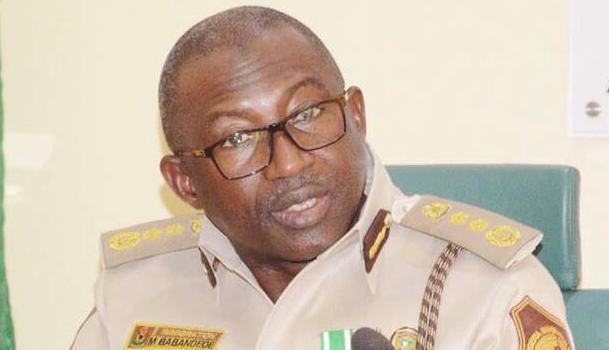 The Nigeria Immigration Service (NIS) said on Sunday it had received 13 Nigerians that arrived from Lome, Togo, at Seme-Krake joint border post.

The spokesman of NIS, Mr. Sunday James, who disclosed this in a statement in Abuja, said the returnees were technicians that went to install industrial machines in Togo.

According to James, the 13 returnees have been handed over to officials of the Ministry of Health in Lagos for medical test.

He said: “Also for isolation in line with Nigeria Centre for Disease Control (NCDC) directives on medical procedures for new arrivals into the country to curtail the spread of coronavirus.”

James said the Seme-Krake was a major entry-exit point in Nigeria, bordering Benin Republic, adding that NIS was not taking chances in enforcing strict border patrol.

He said the Service would apprehend anyone that wanted to circumvent the approved routes, hence the numbers that have been turning up through the Seme-Krake border post since the border closure.