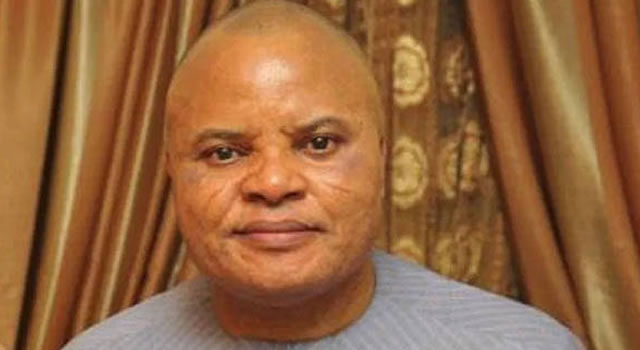 Senator Ifeanyi Ararume In Thursday finally confirmed speculations about his political future as he defected from the ruling All Progressives Congress (APC) to the All Progressives Grand Alliance (APGA).

The former Senator also the same day obtained the Expression of Interest and Nomination forms of APGA for the governorship election in the 2019 general election for Imo State.

It would be recalled that Ararume and the immediate past National Organising Secretary of the APC, Senator Izanuzo were at the National Secretariat of APGA in Abuja where they reportedly perfected their defection.

The duo have been in a running battle with Imo State governor, Rochas Okorocha over the control of party structures in the state.

Ararume obtained the form in Awka, the Anambra State capital, in company of some national leaders of the party, including the National Secretary, Mr. Labaran Maku.

Speaking on the move, one of his political aides, Mr. Ebere Osuji, who confirmed Ararume’s defection, said: “Shortly after obtaining the form, the senator joined other aspirants at a national retreat organised by the party at Finotel Hotel, Awka.”

Read also: Buhari is the same dictator of 1983, he has not changed —Lamido

According to reports, the news of his picking APGA governorship form led to a wide jubilation among his supporters who have been putting pressure on him to leave APC.

Osuji said: “Recently, a coalition of different groups made up of professionals, students, town unions, clerics and others called on him to immediately look for another platform to contest the forthcoming governorship election, saying he and his huge followers would not get justice in the on-going efforts to resolve the current crisis in Imo APC.

“The coalition which met through representatives in Owerri said it was making the call because it no longer had confidence that the APC under the leadership of Adams Oshiomhole was the credible platform through which the people of the state can bring about the type of governance they envisaged in the next political dispensation.”