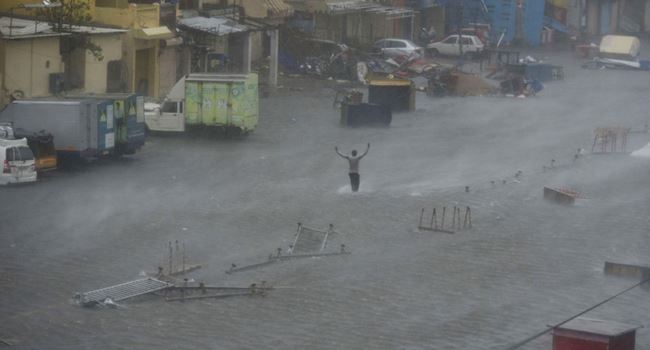 Nine people have perished on Saturday in one of the biggest catastrophic floods to hit India in years.

Aljazeera gathered that millions of people were told to evacuate coastal areas of West Bengal before the arrival of Cyclone Fani, with 5,000 leaving the low-lying areas and old, dilapidated buildings of Kolkata, home to 4.6 million people.

It was learnt that the dead included a minor in Bangladesh’s Barguna district on the coast and five others killed by lightning.

“It’s a total mess in islands of the Sunderbans as the cyclone has destroyed everything in its path, fuelling fears rivers could burst their banks and leave vast areas underwater,” said Manturam Pakhira, Sunderbans affairs minister.

“Locals spent a sleepless night and many came out of their thatched huts and stood on the river banks measuring the level of the water,” Pakhira said.

However, Mamata Banerjee, West Bengal’s chief minister, cancelled all political rallies and set up an improvised control room in a hotel in the path of the storm while Kolkata’s international airport was closed down and train services halted.