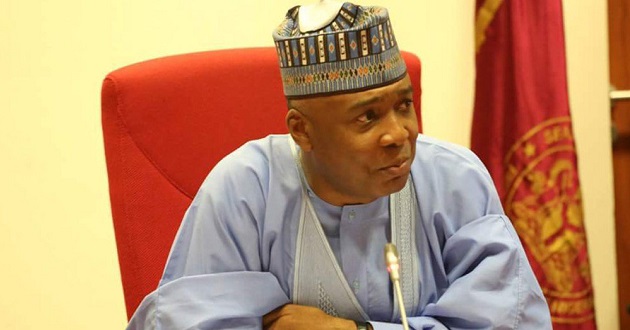 Senate President Bukola Saraki has put the blame for the delay in passing the 2019 elections budget of the Independent National Electoral Commission (INEC) squarely at the feet of the presidency.

He said the presidency displayed “perceived lack of foresight” and “usual tardiness” by not submitting the budget on time.

Saraki said this on Sunday in response to the claim of the Buhari Media Organisation (BMO) that he was responsible for the delay.

In a statement by Olu Onemola, his special assistant on new media, Saraki said the claim was an example of “conscientious ignorance on full display”.

He said despite the failure of the executive to submit the budget on time, the relevant committees of the National Assembly were working to ensure that due process was followed in approving the president’s request.

“By now, the Nigerian people are aware that the executive branch could have submitted INEC’s 2019 election budget at the time it submitted the 2018 appropriations proposal last year,” Onemola said.

“The executive had from January till June this year to submit the budget request. However, due to a perceived lack of foresight, display of usual tardiness or an attempt to ensure that due process would not be followed, this request was submitted only a few days before the statutory national assembly annual recess.”

He added, “Regardless of this unforced error on the part of the executive, the national assembly has continued its work on this budget.

“The joint committees are now scheduled to meet on Monday when they are expected to come up with a committee report that will be sent to the appropriations committee, which will spell out how to source the president’s virement request through the concerned MDAs.

“The senate president, the senate and the entire national assembly, are committed to ensuring that the 2019 elections receive all necessary funding. However, this should not be at the expense of due process and stated guidelines.

“Groups like the Buhari Media Organisation that have worked assiduously to attempt to scapegoat the senate president for the failure of the executive to submit INEC’s 2019 election budget on time, know that the national assembly is and has been working on this budget request through its committees.”