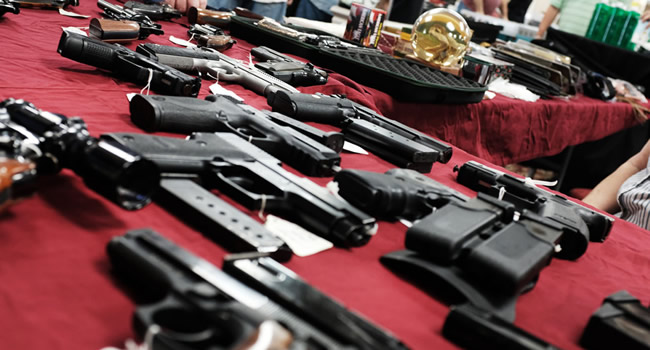 This was contained in the 2020 fourth-quarter foreign trade report released by the National Bureau of Statistics (NBS) on Tuesday.

According to the Bureau, Nigeria’s total arms import in the last four years now stands at N90.45 billion.

A close look at the report, also shows that imports in the fourth quarter of 2020, that is between October and December, N1.22 billion was spent to import arms and ammunition the highest level within the same period in the last four years.

Nigeria has been enmeshed in the thick of kidnapping, banditry, and war against Boko- Haram, with some media reports quoting security personnel on the need for more ammunition to restore peace in the country.

Governor Abubakar Sani Bello has also announced plans to arm vigilante group in Niger State with pump-action guns to enable them confront bandits and address other security threats, a move that is set to increase Nigeria’s spend on arms and ammunition.

A report by the Global Terrorism Index (GTI) in November last year described Nigeria as the third most terrorised country in the world.

In fact, an analysis of data from the Council on Foreign Relations (CFR), in its Nigeria Security Tracker (NST) showed that since 2011 over 40,310 deaths have been recorded in the country from violence and terrorism.

According to CFR the deaths were tracked from reports based on weekly surveys of Nigerian and international media.

CFR however noted that NST statistics should be viewed as indicative rather than definitive on the impact of violence in the country.