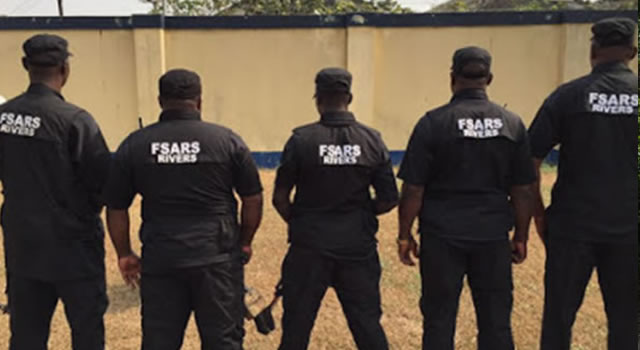 A chaotic scene played out in the Ijegun area of Lagos State when some operatives of the Special Anti-Robbery Squad shot and killed a shop owner.

According to reports, the SARS men were chasing a suspect to the street which is close to the palace of the traditional ruler in the area when they opened fire on the suspect and one of the bullets hit the victim identified as Biliki, who was in her shop at the time.

The incident reportedly gave rise to an angry mob which seized one of the policemen who was beaten mercilessly before he was luckily taken to the palace of the traditional ruler in Ijegun, where a crowd of angry youths have requested to lynch him.

A resident of the area who witnessed the incident said, “The woman was rushed to hospital where she died. We have taken one of the men. He has been beaten and we want you to come down to see things for yourself.”

As at the time of filing in this report, the Lagos State Police Public Relations Officer, Bala Elkana, was yet to confirm the shooting incident.

Peter Obi reacts to reports he was denied American visa