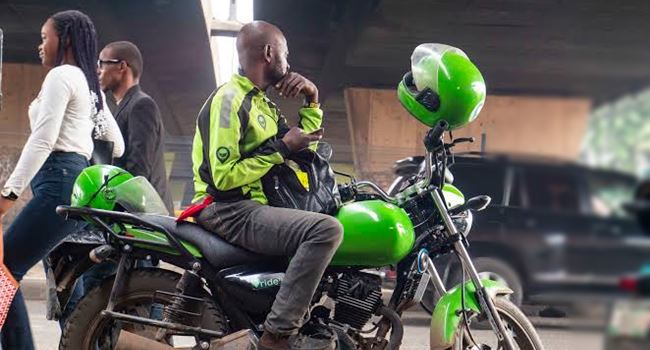 On Monday, January 27, the Lagos State government, through the office of the Senior Special Assistant to the Governor on New Media, announced its intention to ban bikes and three-wheel cycle operations in notable areas of the states.

Jubril Gawat, who announced the new regulation via his Twitter handle, noted that the development was reached by the government in a bid to ensure safety within the state.

Since the news broke on Monday evening, bike riders, commuters and investors in bike hailing tech firms (such as Opay, Gokada and MaxNG) have raised concerns, expressing their displeasure on this new development that is expected to kick off on the 1st of February.

While this means these operators may have to find new spaces to operate, it goes on to directly affect “everyday commuters” who go their way depending on this micro-transport means to beat traffic in a densely populated space as Lagos.

By migration implications, it further means that wherever these technically “deported” cyclists go to will experience an upsurge of cyclists within a space, and in turn affect market daily earnings.

Read also: Bolt’s new Uyo tricycle-business presented as expansion, but it may just be running from competition

To, therefore, highlight that this new ban regulation will have a negative ripple effect on investment, is only an understatement. Investors have always staked on Lagos for its massive population stats, so, when the figures are seemingly no longer adding up, we can only expect these investors to retract.

With Local Government Areas like Ikeja, Surulere, Lagos Mainland, Lagos Island and Apapa on the list, this new policy spells doom for the bike-hailing business. Opay, Gokada, MaxNG and others might be forced to pull out of Lagos to seek greener pastures or consider other business opportunities presented by the state.

This becomes even more worrisome for macro economy analysts as the rise in the level of unemployment that this development will bring about, is better imagined.

With tonnes of graduates and a bulk of youthful population fending for themselves through the rider job, Lagos State might have to rethink its intent or provide alternative jobs for the crowd of cyclists that will be incapacitated, from February and onwards.

No doubt, the traffic gridlock on our roads will be heavier and more congested than before as a new stream of old biker-hailers will compete to board buses as the only alternative means of transport.

To conclude, two things are at stake—loss of job and increased road congestion. Which way, Lagos: should our policies be for or against the masses?