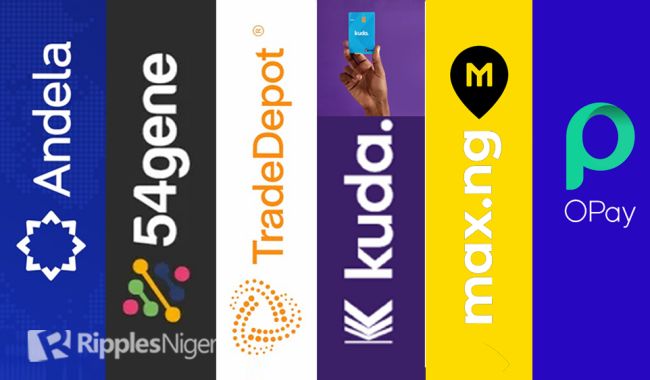 Following trends through the year can be a tall order, especially when it involves tracking milestones recorded by startups in a fast paced economy and space.

Through our tech desk at Ripples Nigeria we were able to report on these many developments as timely as possible, showcasing strides recorded by many startups -even as similar ventures continue to compete for a considerable share of the market.

While the devastating effect of Covid-19 pandemic still leaves tell-tale impact on the economy, the year 2021 was quite a relief from the situation of things.

This could be observed in the performance of startups in the year under review.

Taking off from 2020, a new decade race was launched and we saw the springing up of new names virtually in every market in the tech ecosystem. For instance, we saw the emergence of Teesas in the edtech space, a market where uLesson, the Jos-headquartered edtech startup, remains a dominate player.

Towards the ending of the 3rd quarter of the year, the startup got headlines buzzing with its name as keyword after securing US$25 million in a Series B round.

Back in September, the startup, which is a health technology company advancing African genomics research for improved global health outcomes, stated that it will use the fund to advance its capabilities to contribute to global drug discovery.

$25M raiser is an impressive milestone, and we can only but lookout for what the startup will become in 2022.

Number 9 on the ladder is MAX NG, a startup addressing the last-mile delivery and online-retail problems using mobile and web platforms.

Just before the year closed in December, MAX, in full: Metro Africa Xpress Inc. raised a $31 million in a Series B investment round.

In that raiser, the management noted that the new investment is expected to see the startup expand into other African markets as it works to formalize the continent’s transportation sector.

Till date, MAX has raised a total of $40.4M in funding over 8 rounds. While the figures are right, landing the startup on this list; should we be concerned of the too many rounds the startup have had to enter with only $40.4M to show for it?

Following closely is Ventures Platform, who made a return to the news in December after a long silence.

The startup, which is one of Africa’s most active early-stage tech investors, closed a US$40 million pan-African fund.

The fund, according to the startup, is expected to help expand its portfolio and double down on winners.

We observed that Ventures Platform has only raised a total of $40M in a single venture fund. This is quite impressive as it surpassed MAX, which has raised funds nearly 10 times.

The 7th position is reserved for FairMoney, a Nigeria-based credit-led digital bank.

In July, the world woke up to the news of it raising US$42 million in Series B funding.

It was said that the startup was seeking to expand into other emerging markets upon the raiser.

Founded in 2017 by Laurin Hainy, Nico Berthozat and Matthieu Gendreau, FairMoney has raised a total of $54.4M in funding over 6 rounds.

Next up is Lagos-based solar technology startup, Daystar. Sitting on the 6th floor for raising $58M during the year in two rounds.

Daystar, which is a provider of hybrid solar power solutions to businesses, was founded in 2017.

Read also: 2021 IN REVIEW: BUSINESS…From corporate scandals to battle of giants, and a gift nobody wants

The startup specialises in providing solar power and energy efficiency solutions for businesses.

Today, Daystar Power has raised a total of $103.2M in funding over 9 rounds.

Moove is securing the 5th position for bringing home $63.2M in a Series A funding.

Although, the funding, came as a debt and equity funding round, it is expected to help Moove expand more quickly.

Moove has raised a total of $68.2M in funding over 3 rounds. At the moment, the startup is actively using 54 technologies for its website.

Finishing 4th is Kuda, a Nigerian digital banking startup. The startup closed a $25 million Series A funding round in March and followed it up with another $55M in August.

The five years old platform started as Kudimoney and operates as a full service digital bank.

Second runner up for the year is TradeDepot, a Nigerian B2B e-commerce and embedded finance platform that was founded in 2016.

To occupy this position, it did the unimaginable by closing a US$110 million in December when startups were wrapping up on their financials.

In its brief to press, it stated that the funding is expected to support the delivery of buy-now-pay-later services to five million SME retailers and drive further expansion of its merchant platform across the continent.

TradeDepot has raised a total of $123M in funding over 4 rounds. To deliver its mandate as a venture, TradeDepot is actively using 51 technologies for its website.

Making a massive comeback on the scene, the global network for remote technology talent, Andela in September raised $200 million in a Series E financing.

The fundraising was led by Japanese multinational firm, Softbank.

Andela ranks second here for many reasons and among this is the fact that it has raised a total of $381M in funding over 10 rounds.

Leading the year is Opay, Chinese-backed and Africa-focused fintech platform.

In August, OPay blew up the sector with a fresh $400m in a funding round led by Japanese Softbank.

The development brought the startup’s valuation to a trillion dollar company, becoming the 5th African unicorn after Interswitch, Jumia, Fawry and Flutterwave.

As a company, OPay is a company that enables users to accomplish more with their money by providing smart financial services.

Leading the pack, Opay, till date, has raised a total of $570M in funding over 3 rounds.

Bottom line:
Startups such as MAX NG, TradeDepot, 54gene should be watched closely. They give us hope that there is a lot more to expect from them in the future as they followed up from last year’s feature in our top 10 startup rating.

France fines Google, Facebook €210m. 2 other things and a trivia