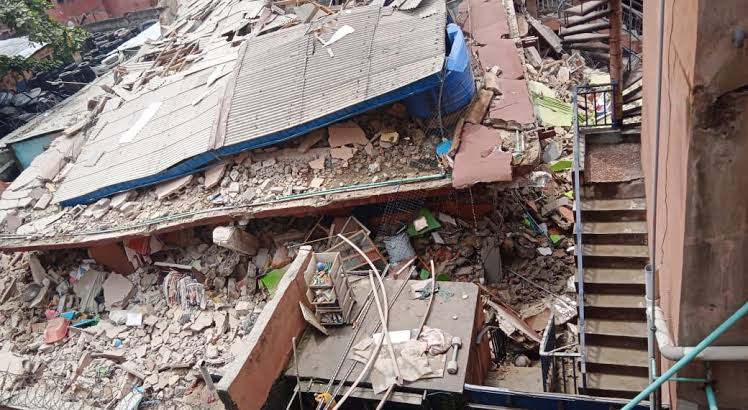 The Lagos State government has ordered prompt investigations into Friday’s collapse of a three-storey building in the Mushin area of the state.

At least three persons had been rescued from the debris of the building at 2/4 Oye Sonuga Street off Palm Avenue in Mushin.

The state’s Commissioner for Physical Planning and Urban Development, Mr. Omotayo Bamgbose-Martins, stated this at the scene of the accident.

The commissioner, according to a statement issued by the ministry spokesman, Mukaila Sanusi, also ordered the demolition of an adjoining building in the area.

He said the Lagos State Emergency Management Agency had since begun rescue operations and efforts were on to save anyone trapped in the rubbles.

The state has recorded several cases of building collapse in the last few months.

The last incident occurred on September 4 when a seven-storey building collapsed in the Victoria Island area of the state.

At least five people were killed in the incident.

The collapse of the building which was under construction forced the former Commissioner for Physical Planning and Urban Development, Dr. Idris Salako, to resign from the position.