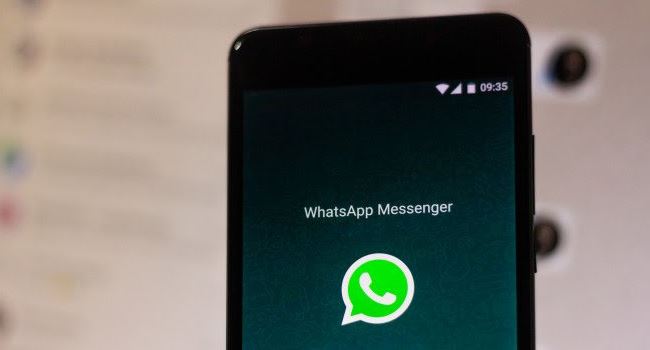 Mark Zuckerberg’s instant messaging platform, WhatsApp, on Wednesday, hinted on plans to add new features for SMEs and startups to market and sell their products via the platform. According to Facebook, parent company of Whatsapp, the new proposed features aim to provide seamless communication between consumers and business owners. By easing processes, the set of new features will allow consumers to purchase products directly from SMEs and startups. WhatsApp made an official statement while commenting on how Covid-19 exposed flaws in how businesses communicate with consumers.

The statement reads: “The global pandemic has made clear that businesses need fast and efficient ways to service their customers and make sales. WhatsApp has become a simple and convenient resource in this time. More than 175 million people every day message a WhatsApp Business account. Our research shows people prefer to message a business to get help and they’re more likely to make a purchase when they can do so.” Industry experts have praised the influence of ecommerce in repositioning the economy. According to a majority of the experts, ecommerce allows people to sustain their economic activities as businesses are creating new features to make shopping more convenient.

AfriNova Digital, a Johannesburg-based startup has launched its venture, an online app, helping consumers buy electricity and airtime online. While consumers can access purchase of these units without having to leave their homes, the industry experts have noted that the venture launch was perfectly timed given the COVID-19 crisis. AfriNova Digital builds digital products across many areas such as education and training, utilities, cities and municipalities, and retail. Commenting on the development, Kagisho Dichabe, co-founder AfriNova stated that the interest of the organisation was centred on informal settlement.

He said: “Our focus is on delivering convenience where the masses of people in Africa live. This is either rural areas or informal settlements. We have also chosen to focus on the unbanked and digitally excluded market.” He further noted that the interest region was where his team considered as the untapped market. He explained: “We believe this is where great potential exists in terms of an untapped market as these are customers who traditionally never had access to any of these services. We are passionate about townships and rural areas as we both come from such an environment, and we believe there is a great opportunity to tell a real story in terms of contributing to people’s lives in areas of convenience and job creation.”

Reiterating its commitment to improve the economy, FarmCrew has created an innovation fund that hopes to award 10 African founded agritech startups. According to the awarding organisation, the newly institutionalised initiative will avail startups the opportunity to receive a $50 000 investment fund. Hence, FarmCrew, can facilitate the provision of entrepreneurs in the sector an opportunity to grow and sustain their business. Speaking on the overall establishment, the board noted that the FarmCrew Innovation Fund (FCIF) was created to support agritech startups by funding ideas and innovative solutions that improve agriculture in Nigeria and Africa.

As FCIF aims to connect entrepreneurs to related agritech networks and create opportunities for investment, successful applicants will receive an email detailing the defense of their startup’s solution and the format of a pitch document and proposal. Qualifying candidates representing various startups will move forward to the next step, where applicants will undergo an interview, availing them the opportunity to pitch their concept and proposal. In concluding the process, experts in finance, technology, and agriculture will assess solutions with FarmCrew and choose 10 agritech startups to receive mentorship.