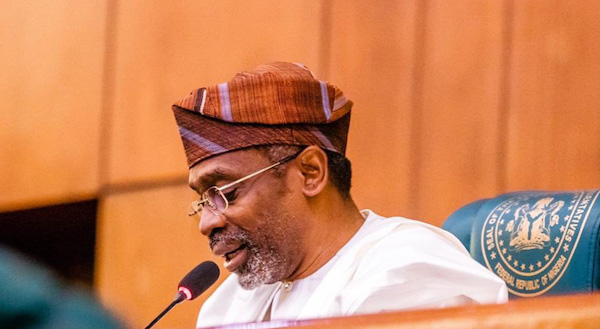 Indications emerged that some current and former members of the House of Representatives were planning to halt the ongoing probe of their handling of constituency projects.

The probe was embarked upon by the Independent Corrupt Practices and Other Related Offences Commission (ICPC) and the Nigerian Financial Intelligence Unit.

It was gathered that the lawmakers were afraid that the two agencies in states already visited may cost them their reputation, and militate against the continuity of constituency projects.

Owing to this, they had allegedly embarked on serious efforts to ensure that the agencies are forced to stop the probe.

According to the Nation, sources familiar with the development, on Saturday, revealed that the anti-graft agencies, especially the ICPC, would have been stampeded into halting the ongoing probe of constituency projects in 12 states of the federation, but for the leadership of the green chamber which dabbled into the case.

“The agencies are causing many Reps members sleepless nights. The ongoing probes are not something they are happy about, and they are prepared to do everything possible to halt them.

“The ICPC is making frightening findings in the states its investigators have visited so far and old and new Reps members are complaining.

“Efforts have been made to get the leadership of the House to call the agency to order, but the new Speaker and his principal officers are cautious in approaching the issue.

“This may actually be because majority of them have always been in the opposition before now and did not benefit much in sharing questionable projects by previous House leaderships.

“It is also being rumoured that the Speaker is unwilling to arm-twist the agencies just yet. Some of our colleagues have come here to tell us the agencies made discoveries that may put them in trouble if not promptly checked.

“And just few weeks back, the NFIU also announced that it is determined to beam its searchlight on past and future constituency projects as part of efforts to ensure financial intelligence and transparency”, a source at the House revealed.

He also added that “All these are not very convenient for the practice of constituency project as it has been carried out in our own system since 1999 or thereabout. Should the probe be concluded, heads will surely roll in the National Assembly. This is not something many lawmakers, old and new, are praying should happen. Even fresh lawmakers are joining the plot because they don’t want constituency projects to be stopped.”

Recall that last June, ICPC began the first phase of investigation of alleged fraudulent procurement practices in the award of over N15bn contracts for constituency and other projects in 12 states of the six geo-political zones of the country.

The team is expected to look into at least six controversial projects in each of the states, based on petitions and complaints already received by the commission.

COURT RULING ON ELECTRICITY CONTRACTS: Our counsel for Buhari —SERAP