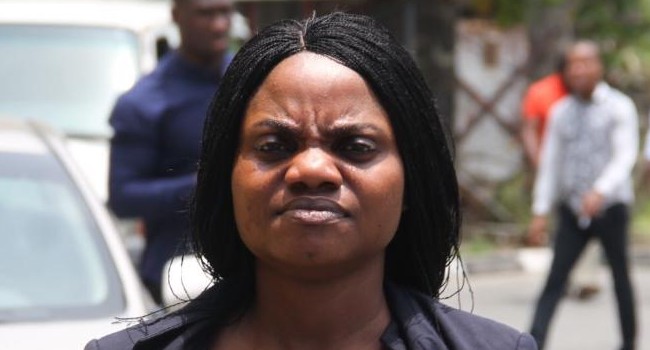 One Mrs Taiwo Oreagba, a lawyer, has been arrested for alleged involvement in obtaining N4 million using the Economic and Financial Crimes Commission’s (EFCC’s) name.

A statement on Friday by the acting Head, Media and Publicity of the EFCC, Tony Orilade, said Mrs Oreagba was arrested on March 17, 2020 by the Lagos zonal office of the anti-graft agency.

Orilade said the arrest was carried out after one Henry George Umoh, relative of a suspect, Kelechi Uka, in EFCC custody alleged that Oregba collected the sum of N4 million from him purportedly to bribe the operative of the commission.

“During interrogation, she confessed that she actually lied to the relative of the suspect that she could get whatever she wants on the matter with a view to bribe the operatives of the commission to compromise the case.

“Meanwhile, Kelechi and two others involved in the substantive matter have been served with their charges and will be arraigned soon.

“Oreagba will also be arraigned in court as soon as investigation is concluded,” Orilade said.