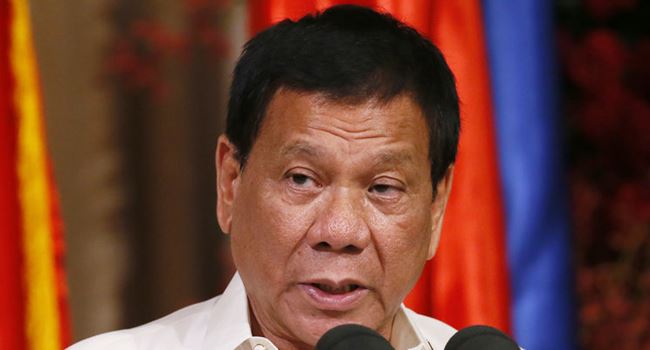 President Rodrigo Duterte on Wednesday ordered the police to shoot dead anyone found flouting quarantine and lockdown rules in Philippines.

He gave the order after a group of 21 protesters who took to the streets of Metro Manila’s Quezon City to demand assistance from the government were arrested.

The President said during a televised address on Wednesday: “I will not hesitate. My orders are to the police and military, also the barangay, that if there is trouble or the situation arises that people’s fight and your lives are on the line, shoot them dead. Do you understand? Dead. Instead of causing trouble, I’ll send you to the grave.”

Labour groups have critized the president’s speech and expressed their growing concern for the poor and their survival during the month-long lockdown period.

They demanded explainations for the government’s delay in the promised assistance for 18 million low-income households.

“Even if it’s delayed, it will arrive and you will not go hungry. You will not die of hunger.” President Duterte said.

Testing positive to COVID-19 has humbled me —Immigration boss