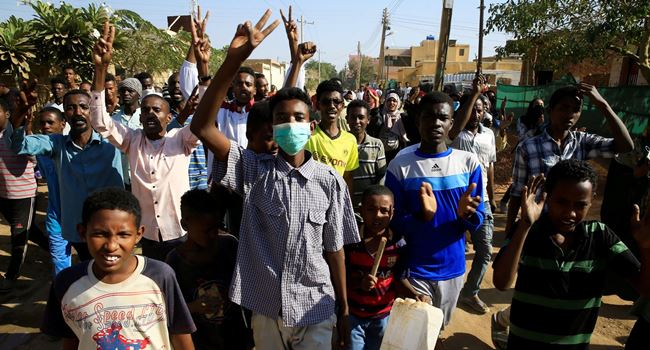 Scores of angry protesters thronged the streets of Bamako in Mali demanding for the resignation of President Ibrahim Boubacar Keita over alleged corruption and escalating violence in the country.

Reports say large crowds poured onto the streets of Mali’s capital, on Friday continuing the so-called “Movement of June 5” heeding the call of the country’s newly resurgent opposition and were supported by Mahmoud Dicko, a prominent religious leader.

Keita, 75, has been pushed to make several concessions in recent days in response to mounting criticism but his efforts to appease opponents appear to have fallen flat according to Al Jazeera’s Nicolas Haque, who has reported extensively on Mali.

“We have thousands of people on the streets of Bamako protesting, asking, once again, for Keita to resign,” Haque said. “So it seems the concessions that the president made raising the salaries of teachers, suggesting that he would dissolve the newly elected national assembly and the constitutional court, calling for a national unity government were not enough to quell the crowd of protesters.”

Opposition leader, Dicko had earlier told reporters in Bamako that Friday’s protest would go ahead come what may.

“He hasn’t learned his lesson, he doesn’t listen to people,” he said. “But this time he will understand,” he added.