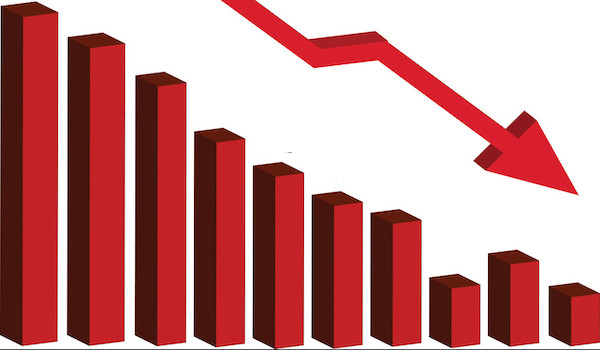 Traded volume of shares by investors, however, rose to N507.25 million on Friday, surpassing the N326.03 million investors traded on Thursday.

Deals sealed by investors also plunged on Friday, hitting 4,465, having recorded 4,567 deals on Thursday at the close of market on Friday.

Value of shares also dipped by end of trading today, declining to N2.44 billion, against the N3.71 billion reported on Thursday.

Mutual Benefit share price rose by 8.11 percent and moved from N0.37kobo to N0.4kobo.

Courtville made the list following a gain of 5 percent in share price, which increased from N0.2kobo to N0.21kobo.

Nahco also recorded 2.70 percent growth and moved from N2.22kobo to N2.28kobo per share at the end of trading.

Wema Bank topped losers list after shielding 10 percent in share price to drop from N0.7kobo to N0.63kobo at the end of trading.

Champion Brew share price dropped from N2.8kobo to N2.52kobo following a loss of N0.28kobo in its share price.

For traded shares, Wema Bank was the most active stock on Friday as investors traded 304.52 million shares worth N197.26 million.

Don’t kill ‘the goose that might lay the golden eggs’, Osinbajo advises CBN on cryptocurrencies