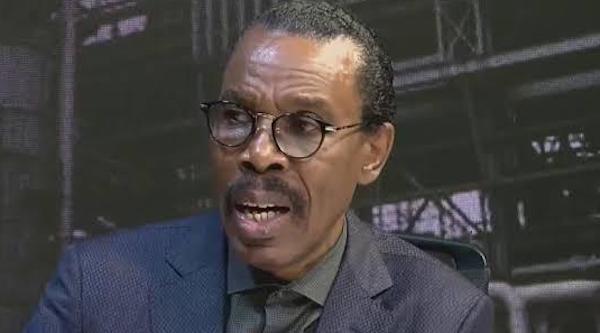 A member of President Muhammadu Buhari’s economic advisory team, Bismarck Rewane, has faulted the Nigerian Bureau of Statistics (NBS) report on the inflation released on Tuesday.
Rewane, who featured in a programme on Arise TV, said the report did not match the reality of Nigerians.

He said the economic basket or framework used by NBS to arrive at the 16.47 percent inflation rate for January was archaic, adding that the rate should be higher than what the Bureau reported.

He said Nigeria was still using the results from the economic rebase of 2009 as of today’s reality.

The change in prices of goods and services during the last rebasing of the Nigerian economy from 1990 to 2010 is still being used as the current reality of commodities by NBS even though prices have changed and skyrocketed.

To get true picture of Nigeria’s current inflation rate, Rewane called for rebasing of the economy.

He said: “Nigeria is planning on rebasing its economy, but economy rebasing is meant to occur every five years, in order for the government to track price changes in commodities and identify new economies that have grown since the last rebase.

“So your consumption patterns have changed since 2009. Therefore, if we used the same basket of 2009 when the consumption profile was completely different, then we would have a different outcome.

“If calculated as it should be, inflation number will be way higher than what we have today. Rebasing the Gross Domestic Product (GDP) should be done periodically. Normally, it should be every five years. And it’s not only rebasing of the GDP, but also the reconstitution of the inflation basket.

“Base on today’s inflation, the GDP number in naira terms will be higher. But when you take the new currency value, you find out in dollar terms the GDP actually declared in number.

“But it’s important to have a more accurate picture. A picture that is reflective of current conditions and historical data. So what it’s going to do is make our GDP number more comparable and therefore, we are able to make decisions.”