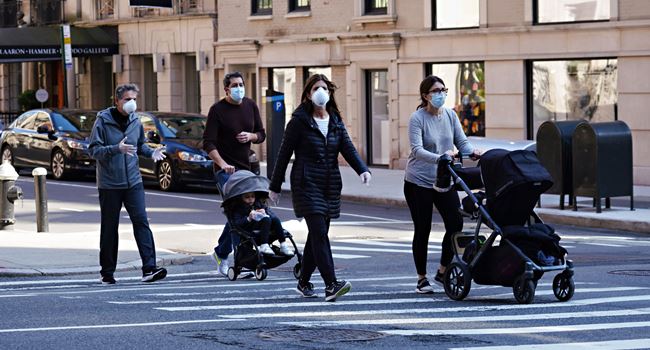 Concerned authorities in Mexico have revealed that the total infections from the deadly Covid-19 virus in the country have surpassed one million with nearly 100,000 confirmed deaths.

This was revealed on Saturday by the Mexican Director-General of Health Promotion Ricardo Cortes Alcala who announced that the number of confirmed coronavirus cases in Mexico now stood at 1,003,253, with at least 98,259 deaths from the deadly disease.

Assistant Health Secretary Hugo Lopez-Gatell had previously said any wider testing would be “a waste of time, effort and money” and face masks “an auxiliary measure to prevent spreading the virus”.

Meanwhile, a new spike in COVID-19 cases and hospitalisations in the hard-hit United States has prompted a spate of new restrictions across the country, with North Dakota becoming the most recent state to require face coverings in public.

“Our situation has changed, and we must change with it,” North Dakota Governor Doug Burgum said in a statement on Friday, after the state, which has a population of just over 760,000 residents, led the country for days in new daily COVID-19 cases per capita.

According to figures provided by the Johns Hopkins University, the US has seen a steady climb in cases since the beginning of November, and 184,514 people tested positive for the disease on Friday, the highest single-day total since the pandemic began.