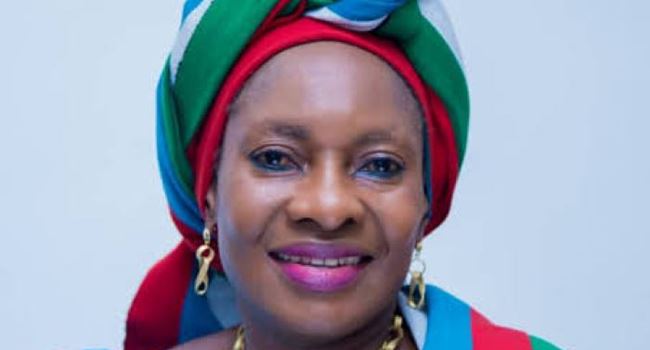 The Minister of Women Affairs and Social Development, Senator Pauline Tallen, has lamented the upsurge in rape cases across the country.

The minister stated this when she paid a courtesy call on the Deputy Senate President, Ovie Omo-Agege at the National Assembly Complex, Abuja, adding that no fewer than 3,600 cases of rape were recorded during the lockdown.

A statement on Monday from the media office of the Deputy Senate President, quoted Tallen as saying: “Reports that we received from commissioners of women affairs across the 36 states of the federation revealed that each state recorded at least 100 rape cases during the Covid-19 induced lockdown.”

Tallen was qouted to have also commended Omo-Agege for sponsoring the sexual harassment bill, which was passed in the Senate last week, while also applauding the Nigeria Governors Forum (NGF) for declaring a state of emergency on sexual and gender-based violence.

She however called for more legislation to protect the girl-child and women.

In his response, Omo-Agege explained that the approval of the Sexual Harassment Bill was in furtherance of the legislative agenda of the 9th Senate to protect women’s rights.

He said: “The proposed law will not only send a strong signal to those who may want to abuse women but ensure that students were not at the mercy of sexual predators.”