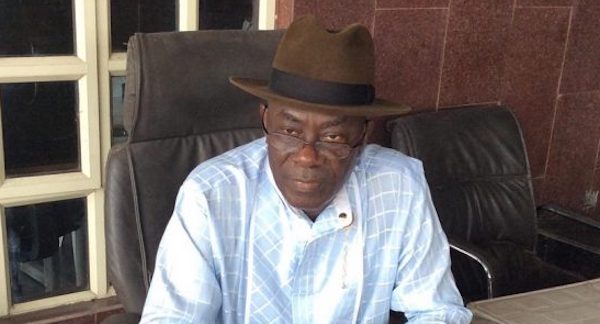 A former member of the Nigerian Senate, representing Bayelsa East constituency, Nimi Barigha-Amange has decamped from the Peoples Democratic Party (PDP) to the All Progressives Congress (APC).

Barigha-Amange stated this in a letter to the APC National Chairman, Adams Oshiomhole, which he submitted on Wednesday to the party’s Acting National Secretary, Victor Giadom.

The former senator who was a founding member of the PDP in Bayelsa, said he decided to join the APC because of the alleged authoritarian attitude of Governor Seriake Dickson of Bayelsa.

He added that he wanted to join other Bayelsa people agitating for freedom in the state.

Barigha-Amange, who said he joined the PDP im 1998, condemned the “authoritarian leadership style” within the party, saying, “ I have never seen this kind of authoritarian rule since I have been in PDP.

“So, I have decided to pitch my tent with a party that can help Bayelsa people to be free come November 16, 2019.”

He said by joining APC, the party would become stronger in the state, adding, “APC’s governorship candidate David Lyon hails from Southern Ijaw which has the highest voting strength.”

“Definitely, that area will be for APC, I come from Nembe and by joining APC, Nembe has fallen into the hands of APC.

“Timipre Sylva hails from Brass, which normally is for APC; we can give Kolokuma/Opokuma to PDP because their candidate is from there.