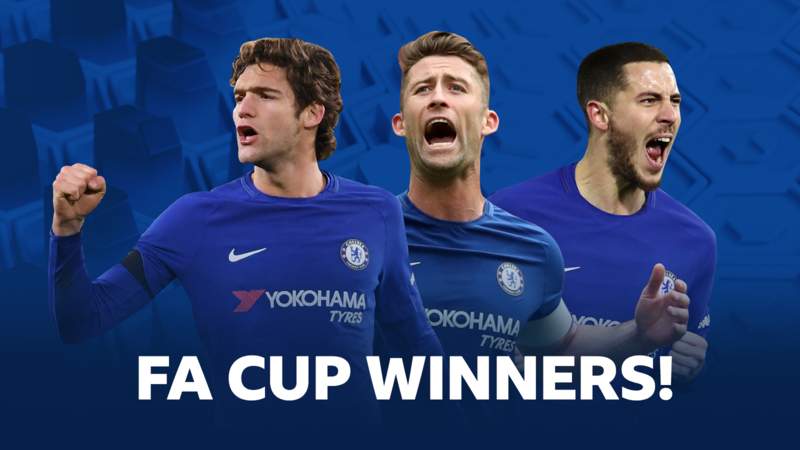 A 22-minute penalty converted by Hazard made all the difference as the Blues beat the Red Devils 1-0 to lift the trophy an eighth time.

Chelsea made the first attempt at goal, they missed a lot of chances just as their opponents. United dominated most part of the game but could not find the back of the net.

The game played at the Wembley Stadium on Saturday was the third time both teams are meeting in the FA Cup final. First in 1994 won by United and another in 2007 won by Chelsea.

Goalscorer Eden Hazard after the game said: “We tried to defend well. We kept a clean sheet, we scored one goal, it is enough today but if we want to win a lot of games we need to play better because we had to play defensively.

“Now I am just happy. To see the fans celebrate is something we like. We didn’t have a great season but at least we finish with a trophy,” he added.

With the victory, Moses has joined six other Nigerian players to win the title.