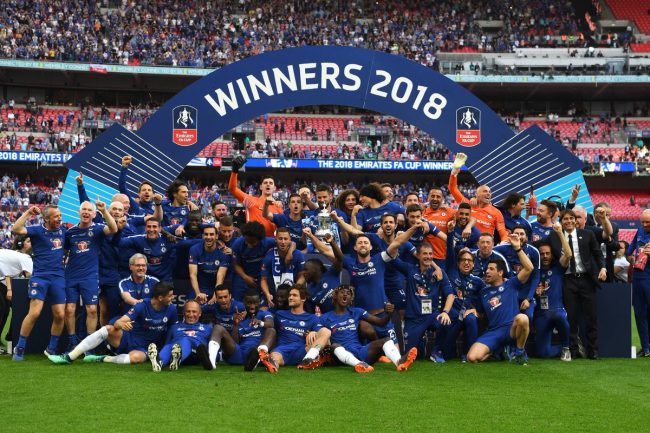 Super Eagles and Chelsea star, Victor Moses was short of words after his club clinched the 2017-18 FA Cup with a 1-0 victory over Manchester United on Saturday.

The 27-year old, who was on play throughout the game at Wembley, did put up an impressive performance as he helped keep the opponents off target.

After failing to win the title last season, the Super Eagles winger joined the league of Nigerian FA Cup winners, as a first-half penalty from Eden Hazard helped the Blues end their season on a high.

For Chelsea, the victory on Saturday handed them their eighth silverware in the competition – their first since 2012.

Moses has now become one of the seven Nigeria international – past and present – to have won the prestigious English football title.

Moses will be hoping to make a great impact with the Super Eagles at the World Cup finals in Russia next month.