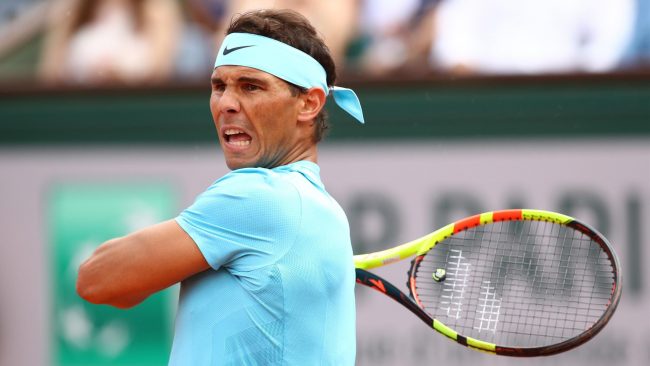 Rafael Nadal has reached the final of the Australian Open, where he will face Daniil Medvedev in Melbourne on Sunday.

Nadal will be looking to clinch the cup to land a record 21 Grand Slam titles, a step over Novak Djokovic and Roger Federer who have 20 each.

The Spaniard put up a dominant start on Friday to enabled him beat Italy’s Matteo Berrettini in the Australian Open semi-finals.

Seventh seed Berrettini eventually turned the match into a contest, but Nadal completed a 6-3 6-2 3-6 6-3 win.

Read Also: Djokovic could be deported as his Australian visa is revoked for second time

Nadal’s final opponent, Medvedev, beat Stefanos Tsitsipas, and would want to stop the 35-year-old who is in his 29th Grand Slam final.

“The first two sets were some of the best I’ve played for a long time,” said Nadal, who won his only Melbourne title in 2009.

“Against a difficult opponent, a great opponent, one of the best of the world, I was able to play I think at a very high level for a long time.

“I had to suffer and I had to fight but it means a lot to be in the final again.”

Meanwhile, Djokovic and Federer did not participate in the competition.

Related Topics:Australian Openrafael nadal
Up Next

Hosts Cameroon progress to AFCON semis with win over Gambia