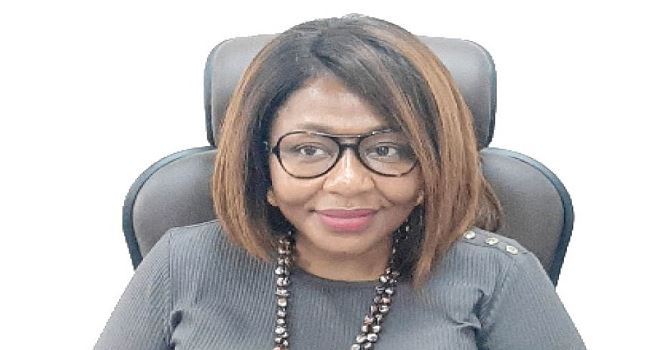 NAHCO had announced, on January 7, the company would hold its board of directors meeting on January 27 and 28 to discuss its 2020 fourth quarter unaudited financial statements, but didn’t disclose the management will deliberate the suspension of Fagbemi, neither did NAHCO announce her suspension afterwards.

NAHCO decided to suspend Fagbemi on January 27 during the board of directors meeting, but the suspension took effect on February 3. She had been suspended for the company’s failure to procure an equipment from a vendor.

The company was said to have wasted time in dealing with the acquisition, leading to the failure. As the head of the Aviation service firm, the blame was laid on Fagbemi, and the board resolved to put her on suspension with half-salary paid.

To beat the suspension, she was directed to provide a certified bill of lading for the equipment by February 2, but Fagbemi was unable to produce the bill, leading to the suspension taking effect the next day.

Fagbemi’s suspension was only brought to the attention of the investing public, in a statement, after the Board held an emergency meeting on Wednesday, February 24, to reinstate Fagbemi.

According to Nigerian Stock Exchange (NSE) listing rules, listed companies are compelled to immediately reveal to the investors and the public, all factors or corporate information that might affect investors’ interest (shares), but NAHCO took four weeks before informing the public of Fagbemi’s suspension.

And the company only revealed the suspension when it lifted it. The NSE listing requirements is placed under market abuse, and the suspension of Fagbemi had a material effect on stock market activity as monitored by Ripples Nigeria.

After the board agreed to suspend Fagbemi, Nahco’s share price value significantly declined, as the company lost N0.17kobo in share price in one day, to close the market at N2.18kobo on February 1, against the N2.35kobo it opened with.

Since then, NAHCO’s share price has been fluctuating, but trading below the price (N2.35kobo) it held prior to Fagbemi’s suspension. The share price recorded its biggest decline on February 11, as it plunged to N2.08 per share.

Between January 27 and February 24, the four weeks period NAHCO kept the information from investing public, NAHCO’s share price lost N0.13kobo, as it closed market at N2.22kobo per share on Wednesday, February 24.

How will NSE act in such situation

Checks by Ripples Nigeria, showed that any company that fails to inform the NSE of a corporate information or development that has potential to impact on their company’s market performance will be fined of 50% of the annual listing fee.

“Publication of accounts, notices of Annual General Meetings, closure of register, payment dates, changes in directorate, changes in capital structure, alteration to memorandum and articles of association, changes in general character of the company, all corporate information/development with potential to impact on the company’s performance etc. without prior written approval of The Exchange shall attract a fine of 50% of the annual listing fee.” NSE stated.

It is, however, unsure if NSE will hit the hammer on NAHCO, but according to the market authority, such breach of market requirement and directive attract a financial sanction.

PWC, KPMG others jostle for a role in Nigeria N15trn Infrastructure Company