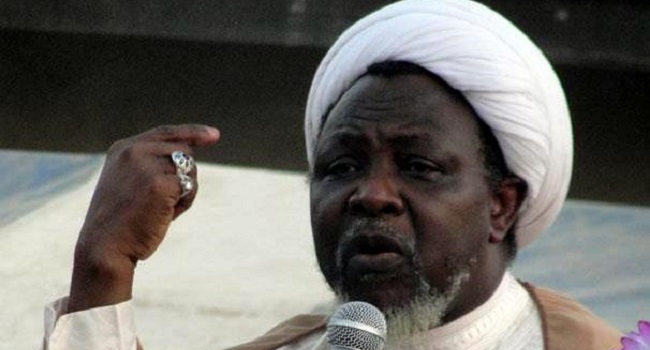 The hope of Members of Islamic Movement of Nigeria (IMN) also known as Shi’ites of reuniting with their leader, Ibrahim El-Zakzaky, got some boost on Thursday following a promise by the National Assembly to intervene in the cleric’s travails.

Despite a court ruling ordering for his release, the President Muhammadu Buhari-led Federal Government has refused to free El-Zakzaky and his wife.

The couple have remained in the custody of the Department of State Services (DSS) after they were arrested following the December 12, 2015 bloody clash between Shi’ites and soldiers in the entourage of the Chief of Staff, Tukur Buratai.

Members of his group, had on Thursday took their unrelenting protest march to the National Assembly demanding for the release of their leader.

“But I assure you, I give you my commitment and the commitment of this institution, that we will address this issue that you raised.

”And in promising you, I will collect the contacts of your leaders. And by the time I am able to convince my colleagues and superiors, we will get back to you and discuss further.”

The spokesman of the Islamic sect, Ibrahim Musa, said they are concerned over the worsening health of the cleric, adding that it was necessary to release him.

The protesters had stormed the National Assembly with various banners and posters along with the pictures of their leader, El-Zakzaky.