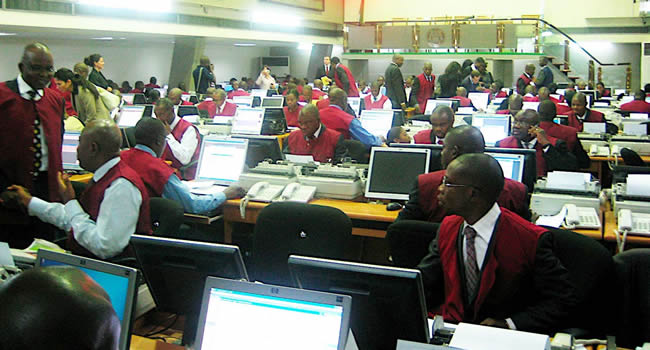 This week’s investment was above the N16.183 billion pumped into the bourse for 2.187 billion shares traded in 14,377 deals the previous week.

The Financial Services Industry, the Conglomerate, and the ICT Industry were the top performing sectors at the end of the week based on volume of trades.

The ICT Industry came next with investors trading 62.006 million shares worth N1.187 billion in 861 deals.

This week ended with First Bank maintaining its presence on the top three equities of the week, with Universal Insurance and Fidelity Bank joining the lender on the list.

The top three equities accounted for 53.28 percent and 56.18 percent of the total equity turnover volume and value respectively.

Between First Bank, Universal Insurance and Fidelity Bank, investors traded 1.161 billion shares worth N12.338 billion in 3,460 deals during the five days of trading.

First Bank stock value gained N1.75kobo as the share price ended the week with N9.80kobo per share against the N8.05 it opened with.

Courtville closed the week with N0.41kobo per share, rising by 17.14 percent to move above its opening of N0.35kobo per share.

Ecobank was part of the gainers list as its stock price rose by 16.67 percent to move from its opening of N5.40kobo to end the week with N6.30kobo per share.

Pharmadeko appreciated by N0.25kobo during the week as its share price rose to N2.60kobo per share against the N2.35kobo that it started this week with.

Cornerstone Insurance topped the losers list following a loss of 12.07 peecent, which reduced its stock value to N0.51kobo at the end of trading, from N0.58kobo.

Regency Assurance share value also fell during the week, losing 9.09 percent from its opening stock price of N0.44kobo to end trading with N0.40kobo per share.

Nigeria out as 136 countries agree on 15% tax for multinationals