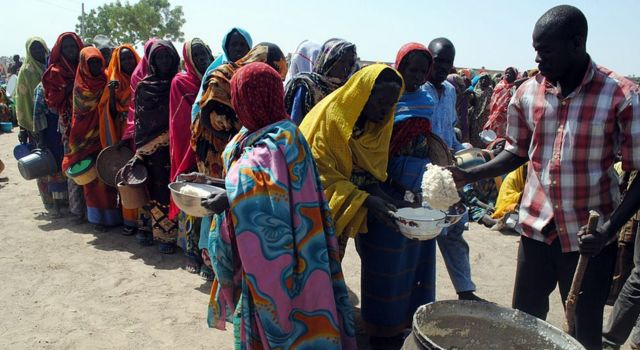 Nigeria, Africa’s biggest country by population with more than 200 million people, now has the largest concentration of the most indigent people in sub-Saharan Africa at 79 million, a report from Washington-based World Bank Wednesday showed.

It retains 20 per cent of the region’s poor people, meaning that one in every five poor people in sub-Saharan Africa is a Nigerian.

Penury is a vexed question in Nigeria, which is paradoxically Africa’s biggest economy, with the benighted north the worst hit on account to its vulnerability to insurgent attacks and religious tensions, recently making Nigeria also the most violent nation in the world at peacetime.

World Bank said in a commentary in January the area accounts for 87 per cent of Nigeria’s entire poor population.

“In Nigeria, administrative areas in the north and northeast have poverty rates higher than the national average, but poverty rates are lower in areas closer to the coast,” the Bretton Woods institution stated in the new report.

It put Nigeria’s poverty rate at 39.1%, adding that “using the estimate for India… would suggest that Nigeria has the second-highest number of poor in the world.”

Over 50 per cent of the households polled by the World Bank in an effort to gauge the impact of the coronavirus pandemic on social wellbeing of citizens admitted cutting their food consumption in response to the crisis.

“Depending on duration and severity, the impact of reduced food intake on children’s health, cognitive development, and future human capital accumulation, as well as on current adult health and productivity, may be substantial,” the report said.

Food inflation in Nigeria climbed to 16% in August from 15.48% the previous, while headline inflation touched its 28-month high of 13.22%, having risen for 12 straight months without relenting, the statistics office said in its latest consumer price index report.

Related Topics:NigeriaPovertyWorld Bank
Up Next

RESURGENCE OF COVID-19: NLC advises FG on what to do