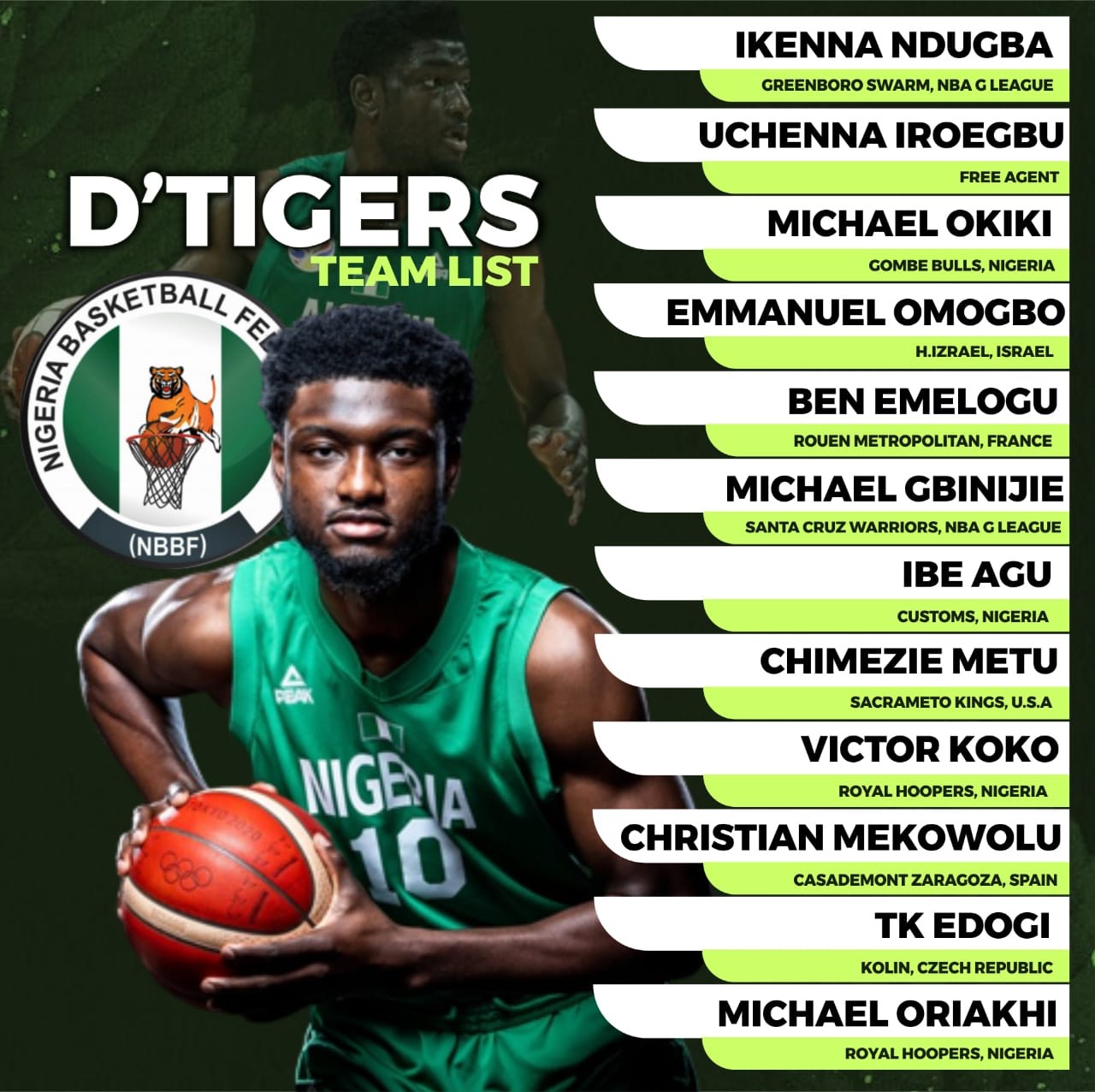 The Nigeria Basketball Federation has released a 12-man roster for the third window of the FIBA African World Cup qualifiers in Kigali, Rwanda between June 27 and July 5, 2022.

The NBBF announced that Major will deputise for the team’s Head Coach, Mike Brown that just got named Coach of the Sacramento Kings.

Currently ranked first in Africa, Nigeria will open its campaign against Cape Verde on Friday, 1 July before taking on Mali on Saturday.

The last game in the FIBA series will be against Uganda on Sunday, 3 July at the BK arena in the capital city of Kigali.

Nigeria sit atop group A with five points from three games.

During this window, 16 teams will compete for the second leg of matches earlier decided in November 2021 and March 2022.

The top three teams from each group will advance to the second round where each team will play six games.

The two top teams in each group, along with the best third-placed team, will qualify for the FIBA Basketball World Cup 2023.