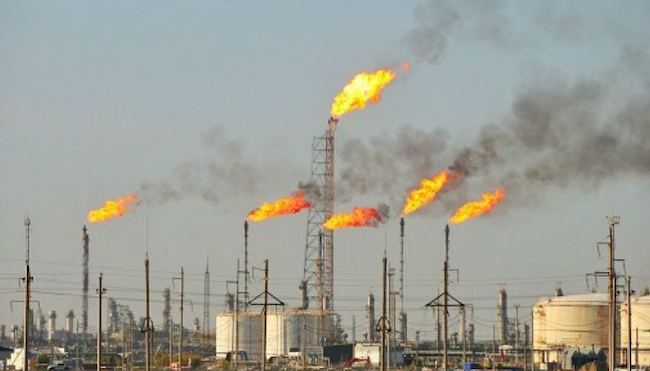 The World Bank in its gas flaring satellite data for 2020 compiled by the Global Gas Flaring Reduction Partnership (GGFR) said the six other countries are Algeria, Iran, Iraq, Russia, the United States, and Venezuela.

It added that the satellite was first launched in 2012.

The bank said the seven countries produced 40 percent of the world’s oil each year, but accounted for roughly two-thirds (65 percent) of global gas flaring.

It said: “This trend is indicative of ongoing, though differing challenges facing these countries.

“For example, the U.S. has thousands of individual flare sites, difficult to connect to a market.

“However, a few high flaring oil fields in East Siberia in the Russian Federation are extremely remote, lacking the infrastructure to capture and transport the associated gas.”

The report said that 2020 was an unprecedented year for the oil and gas industry with oil production declining by eight percent, while global gas flaring reduced by five percent.

“The US accounts for 70 percent of the global decline, with gas flaring falling by 32 percent from 2019 to 2020, due to an eight percent drop in oil production, combined with new infrastructure to use gas that will otherwise be flared,” it added.