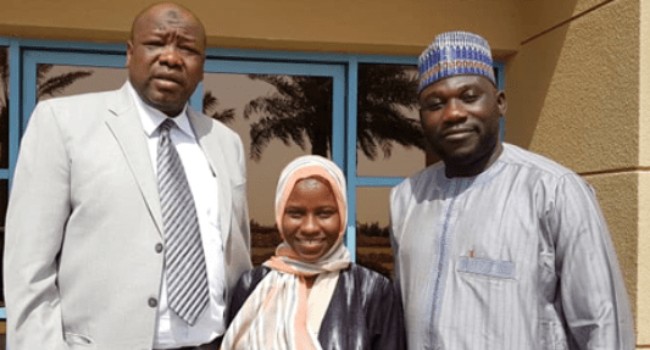 The Federal Government has secured the release of Zainab Habibu Aliyu and Ibrahim Abubakar who were arrested in Saudi Arabia for alleged drug trafficking.

The pair were released individually to the Nigeria Mission in Saudi Arabia on Tuesday.

Zainab was accused of drug peddling in Saudi Arabia and arrested sometime in December 2018 with Tramadol, a banned substance.

However, investigations by the Nigerian government had reportedly revealed that the drug was planted in Zainab’s luggage by a cartel that specialises in planting drugs in the bags of unsuspecting travelers.

The release of Zainab was confirmed by an aide to President Muhammadu Buhari on new media, Bashir Ahmed on his twitter handle.

The Office of the Permanent Secretary in the Ministry of Foreign Affairs, confirmed the release Ibrahim Abubakar, the second Nigerian involved in the case.