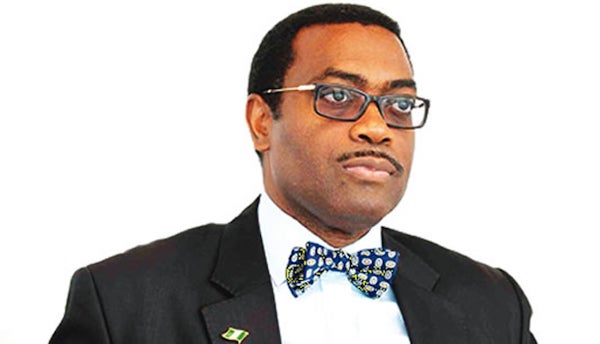 The House of Representatives Tuesday admonished the board of governors of Abidjan-based African Development Bank (AfDB) to disregard the request for a fresh investigation into allegations of breach of code of conduct against the bank’s president, Akinwunmi Adesina.

Ndudi Elumelu, the Minority Leader, moved a motion titled “Attempts to Tarnish the Image and Hard-Earned Reputation of Dr Akinwumi Adesina, President of the African Development Bank on Trumped-Up Allegations” at today’s plenary after which the House made the call.

The lawmakers adopted the motion unanimously, asking the Nigerian government to solicit African leaders’ involvement in the dispute.

Elumelu noted that the Adesina-led management of the AfDB has been outstanding in transforming the operations and business of the multilateral lender with notable and sweeping impact recorded during the time he has spent so far with the bank.

He said, “the House is concerned that recently, a group of whistle-blowers petitioned Dr Adesina, accusing him of 16 breaches of the bank’s code of conduct, some of which include private gains, impediments to efficiency, preferential treatment and involvement in political activities, which Adesina has continued to deny.

“The House is further concerned that on an investigation by the ethics committee of the board of directors, the allegations were found to be frivolous, unsubstantiated, lack merit and, therefore, exonerated Adesina on all 16 allegations.

“The chairman (of the) board of governors, being satisfied that the committee had done a thorough job, having followed all known rules and procedures of the bank in handling such cases, declared Adesina exonerated.

“The House is worried that though the ethics committee of the board of directors followed the established law governing the AfDB in arriving at their decision in absolving Adesina of the allegations, the United States’ Treasury Secretary Steven Mnuchin, in a letter to the Chairperson of the bank, Niale Koba, rejected the verdict of the committee and called for an independent investigation into the allegations against Adesina, whose tenure is due for renewal, given the fact that he is the only contender to the office.”

READ ALSO: We didn’t ask Adesina to step down for probe —AfDB Bureau

Elumelu stated that the lower chamber is upset that the U.S. treasury secretary’s meddling in the running of the AfDB could threaten the autonomy and regulations guiding the establishment of the institution.

He affirmed the efforts by ex-President Olusegun Obasanjo and other African leaders in making a press statement, emphasising the untoward implications that ignoring the laws controlling the bank might have on its operations.

“The House is further troubled that if this sort of witch-hunt and unnecessary harassment is not put to check and discouraged, it may become a recurring decimal, thereby destabilising the stability the bank has enjoyed for decades and the intended results on a steady decrease,” Elumelu said.

The president’s Personal Assistant on New Media, Bashir Ahmad, made the declaration in a series of tweets on his Twitter handle, @BashirAhmaad.

“President @MBuhari receives President of African Development Bank (AfDB), Dr. @Akin_Adesina this afternoon, at the State House, Abuja,” one of the tweets read.