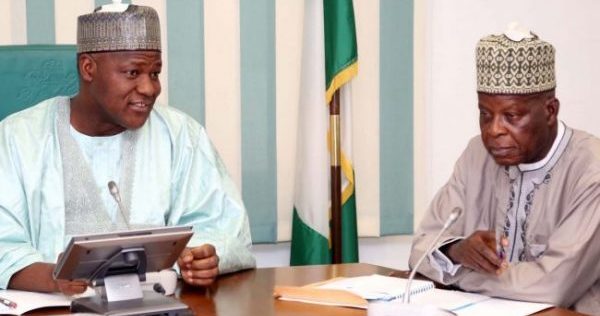 The House of Representatives Speaker, Mr. Yakubu Dogara, has described the security architecture operated in Nigeria as faulty.

He noted that it could become a serious threat to the survival of the country’s democracy if nothing is done to stop the killings in some parts as a result of it.
The Speaker who spoke on Wednesday decried the incessant killings by suspected Fulani hersdmen and other forms of violence across the counrty, saying that they are evidences of Nigeria’s weak security system.

According to Dogara, the Police, whose primary constitutional duty is to protect lives and property, has a major role to play if the country must address the killings and other security threats.

The Speaker said this to a delegation of the Police Service Commission (PSC), led by the commission’s chairman and former Inspector-General of Police, Mr. Mike Okiro. They visited the National Assembly, Abuja.

Dogara regretted that security issues have continuously worsened, regardless of the fact that the National Assembly in order to reduce the burden of security on the police, has over time created other security agencies to enable the police concentrate on the core role of safeguarding lives and property of the citizenry.

“Unfortunately, we have run into a situation where our democracy is being threatened by sundry acts of violence, mayhem or bedlam, as you can call it. To be candid, when a society is filled with violence, unlawful killings and general feeling of insecurity, those things don’t just come, they are symptoms of a larger problem.

“They are indicative that something is wrong with our security architecture. And I don’t know what the problems are, but as leaders, all these symptoms call for some kind of investigation and investment in order to ensure that whatever problems are there, we will correct them.

“We can start dealing with these problems even from the recruitment process to ensure that the people we are getting into the services have the right temperament; they are teachable in a way that they can naturally be moulded as a force that can be a safeguard to our democracy.

“Our commitment to issues of security, as a House that represents the entirety of Nigeria is unshakeable. We have passed landmark legislation relating to establishment of security agencies.

“We believe that if the police can really focus on this, we will be able to get some kind of respite from the onslaught by sundry criminal groups and even terrorists in this country.”

Earlier, Okiro had told the Speaker that the reason for the visit was to ask the lawmakers to hasten action on the passage of the bill to establish the Nigeria Police Academy.

The students of the academy located in Wudil, Kano State, will be graduating later October, however the establishment bill has yet to be passed by the legislature.