Nigeria’s ScholarX among GSMA £250,000 grant winners. 2 other things and a trivia | Ripples Nigeria 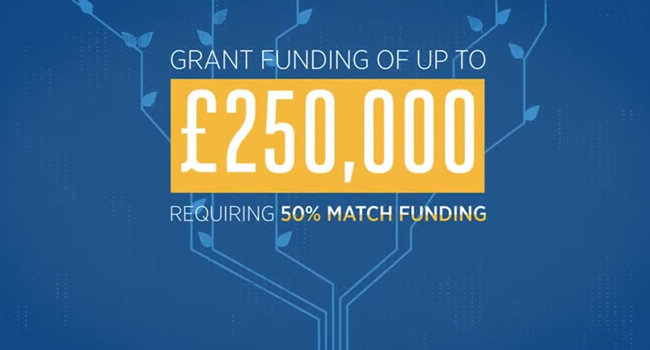 Nigerian digital learning provider, ScholarX, will feature alongside other winners of the GSMA Innovation Fund for Mobile Internet Adoption and Digital Inclusion.

The fund, which was launched in April 2020, seeks to create opportunities for innovative startups and SMEs.

According to media reports, the vision of the initiative is to address key barriers of accessibility, affordability, digital skills, and safety and security that prevent many from connecting to mobile internet.

Despite receiving a total of 598 applications from start-ups and SMEs in 44 countries across the world, the Nigerian startup made a grand feature as a digital learning platform.

This year, out of 9 shortlisted grantees; 5 are from Africa while the remaining four are in Asia.

Local VC firm Algebra Ventures has announced launching a US$90 million fund, targeting a first closing in Q3 of 2021.

Only four years into its first US$54 million fund, Algebra Ventures has invested in 21 startups, including Trella, elmenus, GoodsMart, and Halan, creating over 20,000 direct and indirect jobs.

Today, the VC’s six most established companies are valued at over US$350 million.

Speaking on the new fund development, the firm noted that it is doubling down on its home market, while still opportunistically investing in the rest of the MEA region.

Karim Hussein, managing partner at Algebra Ventures, assured the public that the firm will continue to support founders who are transforming industries and addressing long-standing problems, and will also pursue co-investments with some of the strongest local, regional and international venture investors.

He said: “Having built a couple of successful technology companies in the US, I see tremendous opportunities for tech transformation in the Egyptian economy and continue to meet exceptional entrepreneurs who address these challenges. I am also encouraged by the significant steps taken by the government to facilitate the growth of tech-enabled businesses in Egypt.”

The startup, which has been on the forefront of providing safe, affordable and accessible service, was founded in 2016.

Since its inception, PraxiLabs has operated as an online learning platform providing interactive science labs for students, even enabling scientific experiments that are not doable in the real lab.

Speaking on the idea behind the startup, Khadija ElBedweihy, founder and chief executive officer (CEO) of PraxiLabs, stated that although education generally has benefited from edtech initiative but laboratories remain a part without much impact.

The CEO said: “While a lot of educational areas have benefited and progressed through ed-tech, the labs situation remained “as is”. It is important to get hands-on experience, and this went neglected for a long time.”

“Now with simulations, students get very close to the real experience and practice as much as possible so that they make the best out of it once they have a chance to get into a real lab, or even if they don’t get into the real lab they will have still learned, experienced and practiced a very real-life-like environment.”

Gerald Lawson is considered as the gaming champion for creating the first cartridge-based video game system, the Fairchild Channel F.

His invention pushed the video game industry forward into a flexible, diverse future — a world in which games were no longer married to their hardware (think Pong). Once players could switch games on a whim, game developers and software companies flourished.