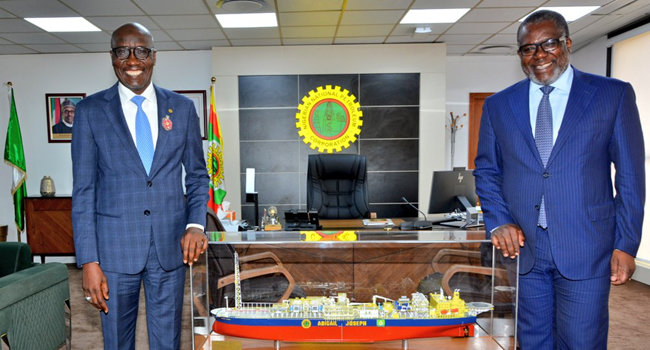 “#NNPC is committed to monetizing our abundant gas resources from all our assets,” Group Managing Director Mele Kyari said in a post on the corporation’s Twitter handle: @NNPCgroup.

“It is in our informed interest to deliver gas projects in view of the resilience gas has shown in the market since the outbreak of COVID-19 pandemic and the value it delivered.”

Africa’s biggest oil producer is seeing tremendous pressure on its oil revenue, which has been coming in in trickles since the April oil crash amid a demand slump spurred by the pandemic outbreak.

Government, whose revenue has been significantly depleted by the development, is now compelled to cast its glance around for opportunities in oil exploration and drilling, saying last week it would begin production in the Lake Chad Basin after insurgency activities of the Boko Haram sect forced it to halt operations in July 2017.

At peak production, the project is estimated to produce about 60,000 oil barrels per day, unlock more than 300 million barrels of crude oil recoverable reserves and deliver over $8 billion in value to government within its lifespan.

Seven development wells, approved by the Department of Petroleum Resources, are proposed in the 1st phase.

I don’t have any compiled list of workers to sack, says Ogundipe as he resumes at UNILAG