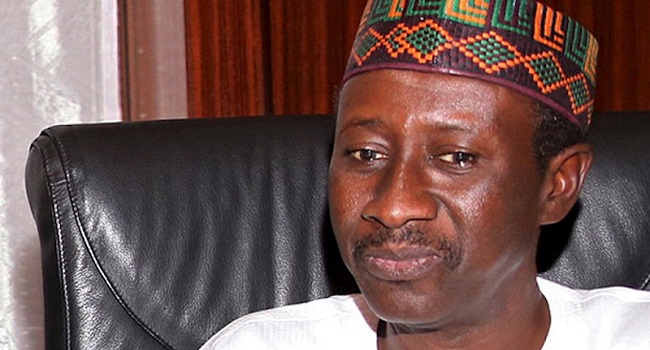 The group, in a statement on Monday, lamented that despite huge funds earmarked every year to the military by the Nigerian government, “there is little or nothing to show as massive killing of people and raiding of communities in the North by bandits and Boko Haram/ISWAP terrorists continue unabated.”

The NEYFA statement issued by its spokesman, Comrade Ibrahim Dan-Musa, and made available to Ripples Nigeria, called on the government to take proactive actions to address the worsening state of insecurity in the North.

The group lamented that six years into President Buhari’s administration, the security situation had continued to escalate, leading to massive killings and destructions.

It said Buhari had failed Nigerians who gave him massive support, believing that as a retired military General, he could tackle the security challenges bedevilling the country.

“It is on a sad note that this coalition wishes to remind the federal government and government at all levels, that the primary responsibility of government anywhere, particularly the one that was democratically elected by voters, is to protect the lives and property of citizens,” the group said.

“Alas, six years into President Muhammadu Buhari’s tenure, instead of reducing insecurity, it has escalated, thereby exposing great numbers of our people to avoidable deaths and loss of property in a manner that history has never witnessed before.

“The first step to addressing this is for the President to immediately relieve the National Security Adviser, Maj. Gen. Monguno [retd] of his appointment.

“We restate unequivocally that Monguno has failed to provide useful advice to address the scourging insecurity in the country and therefore does not deserve continuous stay in office.

“As a pro-Northern group, we have found it very important to call on President Buhari to remove the National Security Adviser, Major General Babagana Monguno (retd), whose office and responsibilities are critical to the achievement of comprehensive security all over the country but hasn’t used the high esteem of his office in any productive ways since his appointment as NSA.

‘The reason for this call is not far fetched. We believe that Maj. Gen. Monguno was part of the gross failure associated with the tenure of the former security chiefs and his continued presence in office will make the success Buhari intended to achieve with the changes very difficult, if not completely impossible.”