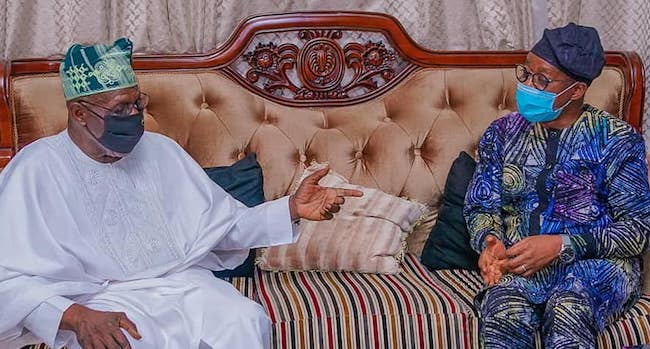 The ex-President, according to the governor’s Chief Press Secretary, Ismail Omipidan, was received by the governor and his wife, Kafayat Oyetola.

.Obasanjo said he was in Osun to witness the installation of ex-Osun State governor, Olagunsoye Oyinlola, as a church elder in the Okuku area of the state.

Other issues discussed at the meeting between the duo were not made public.

But they may not be unconnected with the current security challenges in the country, economy, and other major national issues.