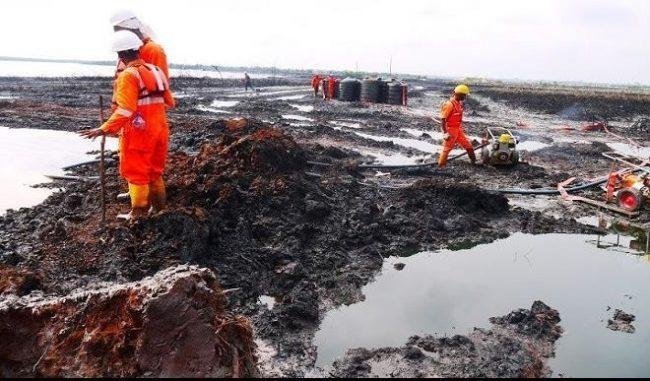 The contractor handling the clean-up of Ogoniland, Hydrocarbon Pollution Remediation Project (HYPREP), said on Wednesday five out of the 21 sites polluted with crude oil had been restored.

The contractor stated this about 20 months after the contract for the project was awarded by the Federal Government.

The coordinator of HYPREP Project, Marvin Dekil, who disclosed this to journalists during the 9th anniversary of the submission of the United Nations Environment Programme (UNEP) report on Ogoniland said:

“In January 2019, contracts for phase one batch one remediation of polluted sites were awarded marking the beginning of clean-up of impacted sites as recommended by UNEP.

“21 lots across the four local government areas of Ogoniland in the category of less-complex sites were handed over to 21 remediation companies. As of today, five of the companies have completed remediation work with the rest to round off remediation work in the next one and a half months.

“The five lots where remediation work had been completed are: Deebon Bodo/Mogho in Gokana, Nkeleoken/Alode in Eleme, Korokoro Well in Tai, Obolo Ebubu in Eleme and Bara Akpor Botem in Tai local government areas of Rivers State.

“Most of our lots in Eleme, Tai, and Gokana are finished. We are waiting for our internal confirmation results from those sites, we will also invite the statutory environmental regulatory agencies to do their analysis and give their report.”

Banditry will not escalate to level of Boko Haram –Masari

‘I am not a member of any political party’, Moghalu refutes claims he joined APC