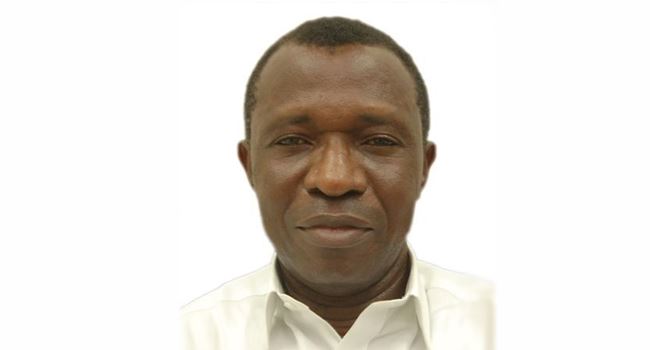 Interrogating the role played by southern leaders in the making of the 1979 and 1999 Nigerian constitutions that have decapacitated the south with dimmed prospects for its young teeming generations, is imperative at this point of Nigeria’s history. These two constitutionslaid the groundwork for the current acrimony in the country, raising a national question.

Nigeria was a country of optimism until it was subverted by entrenched interests, using demography and political delineation, two key parameters to give the north an edge over the south. These mechanisms of inequalities wereperfected first,through the 1979 Constitution, and later the1999 constitution.

Also, southern leaders played significant roles in the process leading to the 1999 Constitution, beginning with the Constitution Debate Co-ordinating Committee (CDCC) to the Provisional Ruling Council (PRC) that finally gave it legal teeth.

READ ALSO: [OPINION] Does Malami Know The Meaning of ‘AGF’?

How come the southern leaders allowed these constitutions that have diminished the south to a position of underdog, despite laying the golden eggs and serving as the country’s revenue base, to pass? Were they sleeping or overwhelmed by blurred vision or fleeting comfort or hypnotic hallucination? The dwindling relevance of southerners in the political and economic space in Nigeria today is proof of leadership deficit.

I have refrained from mentioning names for fear of illogical innuendos. By southern leaders, I mean all persons that have occupied positions of authority and influence either in the military, presidency, national assembly, judiciary, ministries, departments, agencies of government, private sector, religious organisations or are opinion influencers.
Both the 1979 and 1999 constitutions deepened the unitary system of government with enormous powers at the centre. While the 1979 Constitution had 67 items on the exclusive legislative list, and 12 items on the concurrent list, the 1999 Constitution, increased this to 68 on the exclusive list, but retainedsame 12 items on the concurrent list, indicative of strong centre and weak states.

This is contrary to the 1963 Constitution which had 45 items on the exclusive legislative list and 29 items on the concurrent list, reflecting a weak centre and strong regions. The intention by the founding fathers was toenable the federating regions possess a level of autonomy that will enable them leverage on their peculiar capacities for development.This constitution was compatible with the country’s multiethnic configuration.

Before Nigeria came into existence in 1914, various ethnic groups had existed as autonomous nations. Each of these ethnic nationalities had their distinct administration and socio-cultural peculiarities and dispositions. They had sovereignty, and this allowed them to pursue their respective visions, ambitions and development strides independently.

The need to preserve this without completely ceding their sovereignties to the union called Nigeria, necessitated the 1963 Constitution. The constitution had all the features of federalism. The component parts were co-ordinates and independent of each other, and freely expressed their diverse cultural differences.

Each region had its own constitution, police and independent administration peculiar to their respective needs. Existing fiscal autonomy as reflected in the derivation principle gave each region financial freedom where they generated own revenue from which 50% was retained, and the remaining 50% was shared among the states and the federal government. While the federal government received 20%, the balance 30% was shared among the regions, including the producing region.

Unfortunately, this system of government was terminated and replaced by the military with a unitary system, first by Decree 34, and later through 1979 and 1999 constitutions where power is concentrated at the centre. This system completely removes the sovereignty and autonomy of the federating states or regions.
This has triggered torrent of demands for a return to federalism through restructuring of the country’s political system. Expectedly, these calls are coming mainly from the southern part of the country due to growing awareness of the inability of the 1999 Constitution to support aspirations of millions of Nigerians, particularly the people of the south.

READ ALSO: They should let us breathe

But the northern oligarchy loathes this, and wants the status quo maintained because of the advantage they have over the south. The northern part is allocated more population figures, number of states and local government areas (LGAs). This explains the hold, influence and control over the country’s political structure and resources by northerners.

This also accounts for the dominance of the north in the legislature. Since population is central to political power, conduct of accurate census in Nigeria has become difficult as the north tries to maintain population superiority. That the Sahel Region is more populated than the Savannah Belt or Rain Forest is inconsistent with nature.
Now, a new generation has emerged from the south, who are now questioning the rationale behind the 1999 Constitution. The chickens have come home to roost. The mistake of the sleepy southern leaders is turning around to haunt the system, resulting in cry for equity and justice to correct the lopsided federation.

In a federation, no one part or group should be seen to be dominating the other. Of all the ethnic nations in Nigeria, the Fulani are the newest to arrive in 1800, yet, have become the most powerful with diverse influence in the Nigerian polity. This feat could only have been achieved through deliberate strategy, unison, concerted leadership expedition and territorial ambition.

This hegemonyis evident from headship of all three organs of governmentby northerners, just asall key strategic government agencies are also held by them. Even criteria for admission into federal schools and employment into MDAs are lowered for the north while higher qualifications are required from the south. Yet, the south which plays host to sources of revenue for the country,looks on, and failing to question this imbalance in a supposed federation of equal partnership.

The need to protect primordial interest rather than national interest is also evident in the push for open grazing, establishment of Rural Grazing Area (RUGA) or cattle colonies across the country. It is same with the proposed Water Resources Bill. To make a private business of herding, a federal government matter is abuse of poweraimed at achieving hegemonic interest, political domination and territorial expansion.

The sleepy southerner leaders must wake up to smell the coffee and stop the subservient corporatism.For too long, the southern leaders have allowed themselves to be used by their counterparts in the core north, who have continued to manipulate them over a plate of porridge. Give a southern leader a few pecks of office, including a chauffeur-driven SUV car with a police escort, along with opportunities for unearned income, the future of his peoplecan be compromised.

Some of these southern leaders are already scheming to become vice-president to some Fulani politicians in the north by 2023. Why are they so inferior that they cannot assert themselves and push for presidency, rather than settle for less? With shrinking opportunities in the south, their selfish actions will only worsen the growing miseries among the southern youths.

The ENDSARS protest by southern youths was a demonstration to protect their future. All they see is frustration induced by bleak outlook, compounded by police brutality. Same sleepy southern leaders betrayed them.
It is the low premium the north places on the south that enabled it to question the outcome of the meeting of the southern governors’ forum held in Asaba. Northern governors have been meeting over the years but the south had never questioned their resolutions? Objection to the southern governors’ resolutions is a proof of the superordinate-subordinate relationship. It is a sad reality, and the southern leaders with dimmed visionare to blame.

Nigeria belongs to all, and must be made to work. To achieve this, the country must be restructured and built on equity, justice, equal opportunity and criteria for all. The current unitary system as contained in the 1999 Constitution must be discarded and a new constitution tweaked after the 1963 Constitution with elements, perhaps,drawn fromthe 2014 Confab Report be adopted, otherwise, de-amalgamation is inevitable.

[OPINION] Is creativity the silver lining for unemployment amongst the youth in Africa?

[OPINION] Now That Shekau Is Hell-Bound