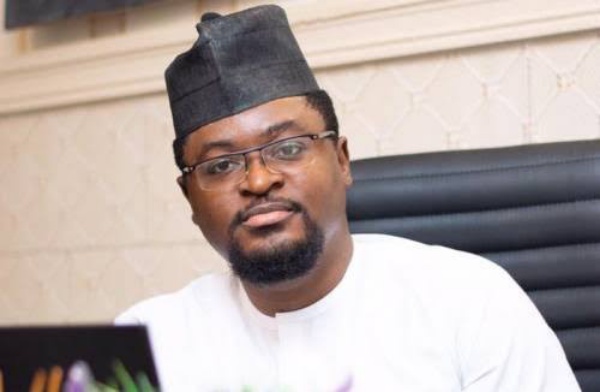 Foxy old Buhari. Artful. Deliberate. Unassuming but redoubtable. Principled but unaffected. He guards his mystery. He hardly betrays emotion. He keeps his real intentions secreted in layers and layers of very few inscrutable words – and most times in obfuscating silence. Take his ‘’obliviousness’’ for a lack of presence of mind at your own devastating befuddlement. Buhari knows what he is doing. His seeming standoffishness is all part of the plot. He knows.

In an interview on Channels Television in January 2022, the president said he does not care about who succeeds him. Buhari in his own words: “2023 is not my problem, I don’t care who succeeds me; let the person come, whoever the person is. The important thing is, I make sure I put them on record. Nobody should ask me to come and give any evidence in court, otherwise, whoever it is will be in trouble.’’

But it appears Buhari is making a volt-face on his much-vaunted declaration of remaining a spectator in the presidential heat. At a meeting on Tuesday, the president asked APC governors to observe the ‘changing dynamics’ in picking a presidential candidate and to reciprocate the privileges they enjoy in choosing successors.

In the president’s words: ‘’…I wish to solicit the reciprocity and support of the Governors and other stakeholders in picking my successor…. Similarly, second term Governors have been accorded the privilege of promoting successors that are capable of driving their visions as well as the ideals of the party.’’

It is now clear that Buhari cares or has always cared about who succeeds him. But what are Buhari’s criteria for picking a successor? Is it personal loyalty? Integrity? Competence? Knowledge of the economy and security? Proven administrative excellence? Detribalised? Expansiveness? Well, I think you cannot manifest what you are not; you can only reproduce yourself.

I believe Buhari will pick a successor, based on personal loyalty, who will continue in his footsteps, carrying on the work of his administration and concealing whatever flaw there is in the establishment. In April, Vice-President Yemi Osinbajo declared his presidential bid. In his speech, he said he would continue the ‘’good works’’ of the Buhari administration.

The vice-president in his own words: ‘’…In the past seven years, I have served as Vice President under a true Nigerian patriot, a servant of the nation in war and peace, and a man of integrity, President Muhammadu Buhari…. If by the grace of God and the will of the people, I am given the opportunity, then I believe that first, we must complete what we have started.’’

Osinbajo’s campaign messaging has been on ‘’continuity’’. This evidently strokes Buhari’s ego and that of the ‘’cabal’’ who had a frosty relationship with the vice-president in the past. Well, Osinbajo’s ‘’campaign of continuity’’ could be what Buhari wants. A reprise of the same. A plus ca change. In Osinbajo is Buhari, perhaps, reproduced. Buhari wants ‘’continuity’’.

Like Osinbajo, Ahmad Lawan’s campaign messaging pivots on continuing on the path of Buhari. Lawan appointed himself Buhari’s flunkey and has been dutiful in tending the table of the president. The senate under him is the boys’ quarters of the executive. He makes a spectacle of his ‘’loyalty’’ and confesses publicly his subservience to Buhari. On the grounds of loyalty, which is obviously affected, Lawan could be a primary choice of Buhari and the much-talked about cabal.

Other presidential hopefuls like Bola Tinubu, Rotimi Amaechi, and Kayode Fayemi are independent-minded and will want to chart their own course instead of remaining tied to the apron strings of anyone.

Is it a bad idea for Buhari to seek to reproduce himself? Yes and no. Nigeria deserves a break, and not a protraction of killings, freewheeling debts, prostrate economy, and blanket apprehension. The Buhari administration has done well in providing infrastructure – in fact, more than any other government before it since 1999. Buhari’s legacy is infrastructure.

But the government has not managed Nigeria’s diversity well. It has failed in fostering unity among the variegated peoples of Nigeria. As a matter of fact, the government, by its policy of deliberate exclusion, contributed in no small measure to deepening sectional agitations and strife.

The Buhari administration has also failed in managing the economy. The prices of goods and services are at an all-time high and the naira is on an unhinged plummet. There are fuel and basic commodity shortages, and dying businesses.

The government failed in addressing insecurity despite many pledges to do so. Citizens live under the cumulus of fear as gunmen and kidnappers roam the land unchallenged. Everyone had hoped for an end to this nightmare, but it has persisted.

Would Nigerians want a continuation of these afflictions? I do not think so.

OPINION :Ndigbo and the dilemma of 2023 Presidential election

OPINION: Mental Patients are not the Criminals with AK-47 MR-15