Our numerical strenght, not public funds will remove Saraki - APC 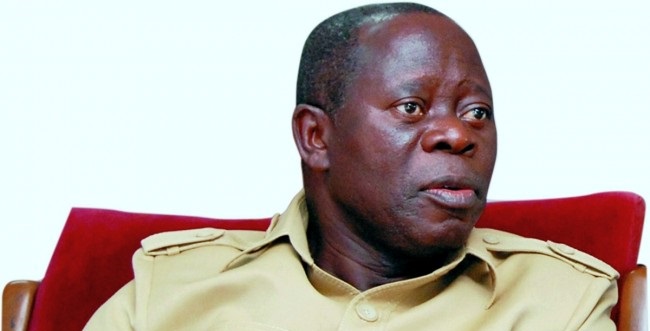 The All Progressives Congress, APC has said it does not need public funds to unseat Dr. Bukola Saraki from his Senate Presidency.

According to the party, it would rather use its superior numerical strength at the upper chamber of the National Assembly to achieve its purpose.

The Acting National Publicity Secretary of the party, Yekini Nabena, stated this reaction to allegations that the ruling party wants to use public funds to unseat Saraki.

A faction of the party, the Reforemed All Progressives Congress, R-APC, had alleged that the ruling is mobilising millions of tax payers money in its bid to sack Saraki after his defection from APC to opposition Peoples Democratic Party, PDP.

“It is the cry of a drowning man. Kassim Afegbua and his cohorts are trying to elicit sentiments and to make futile attempts at denting the integrity of the APC led government”, Nabena, acting Publicity Secretary of the APC said on Sunday.

Nabena also insisted that Saraki and others defected from the party because President Muhammadu Buhari administration is not sharing money which is the PDP philosophy.

“This administration can not inject tax payers money into impeaching the President of the Senate or the Speaker of the House of Representatives. This is a serious government and not a dead party called the PDP.

“What PDP is doing is to whip up sentiments before their final burial in 2019. National Assembly members have procedures on how a Speaker or President of the Senate can be impeached. And we believe that the APC lawmakers know their rules and they will apply it accordingly.

“The hierarchy of the APC has no business spending money to impeach these people because APC still commands the majority in both Houses. Since Saraki has gone back to where he came from, he can not preside over majority APC lawmakers. Therefore we will use our numerical strength to remove him following the rule of law.

“So, let the PDP propaganda machine continue to raise false alarm. We will remain focused and ensure that President Buhari is not distracted by charlatans. Very soon we shall separate the men from the boys”.

Plot to impeach Saraki: Count us out, NNPC says