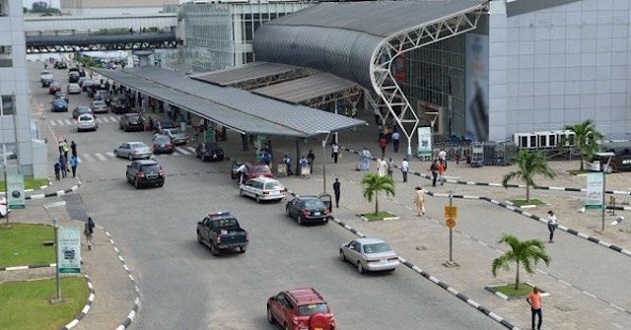 Many passengers were stranded at the Murtala Mohammed Airport, Lagos as aviation unions made good their threat which they had issued earlier.

The unions’ grouse was over the sacking of some of their members by Bi-Courtney Aviation Services limited.

It was gathered that the development led to the disruption of operations within the airport terminal, including airlines using the private terminal such as Med-View, Arik Air, Dana, Azman Air, and Aero Contractors.

The unions, which had given a notice for their action, disregarded a Federal High Court order granted on Tuesday restraining them from disrupting the operations of MMA2.

“We will like to bring it to the attention of the entire public that the Federal High Court in Lagos in suit number FHC/L/CS/16412/18 has granted an order restraining the unions from carrying out their threats of disrupting the activities of the terminal.

“Pursuit to this order, members of the unions found in the premises of MMA2 would be liable to trespass. We reserve our right under the law of Nigeria to deal with such person as a trespasser,” BASL said on Tuesday.

It would be recalled that the unions had threatened to shut down operations in the airport over the disengagement of some workers of BASL as they accused BASL of breach of rights by sacking 20 of their employees for joining union activities.

But the company claimed the workers were disengaged because they had attained retirement age or were found not to be diligent in their duties.

“BASL is fully aware of the plan by some unions in the aviation sector to disrupt the operations of MMA2 over our decision to disengage some employees.

“Disengaging the ex-employees had nothing to do with unionism, as we were not aware of this. In as much as we know that the unions have the right to protest without disturbing public peace and safety, we too reserve the right to ensure that our operations and services are not interrupted in any way whatsoever,” the company had said.