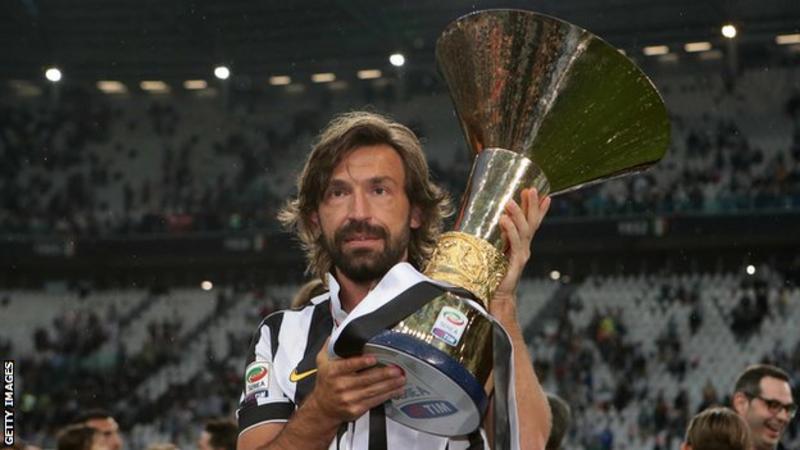 Former Italian player, Andrea Pirlo has been named the new manager of Juventus as he signs a two-year deal to replaced Maurizio Sarri.

41-year-old Pirlo is taking over the senior team just a week after assuming office as the manager of the Under-23 team.

Sarri, who led Juve to a ninth consecutive Serie A title two weeks ago but failed to advance in the Champions League against Lyon, was sacked by the club on Saturday.

The 61-year-old managed the team for just one season.

Juventus said the decision to promote Pirlo to the senior team is “based on the belief that Pirlo has what it takes to lead from his debut on the bench, an expert and talented squad to pursue new success”.

Pirlo played 164 games for Juventus between 2011 and 2015 and won four Serie A titles in Turin after joining from AC Milan, with whom he spent most of his career and won two Champions League and two league titles.

Pirlo, who won 116 caps for Italy and is regarded as one of the finest players of his generation, retired in 2017 having spent two years in Major League Soccer at New York City FC after leaving Juventus.

Pirlo had before now hoped to have the same “journey” as Manchester City boss Pep Guardiola and Real Madrid manager Zinedine Zidane.