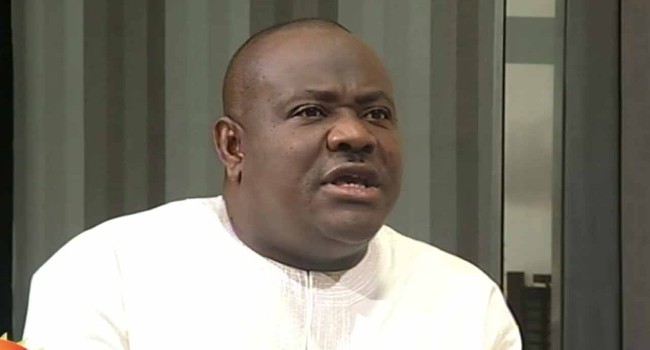 Governor Nyesom Wike had in a statement through his Special Adviser on Electronic Media, Simeon Nwakaudu, accused the police of plotting with All Progressives Congress (APC) in the state to carry out the alleged kidnapping of the state REC.

Responding in a statement on Wednesday, Rivers State Police Command denied the allegation and described it as “unverifiable, unfounded, baseless and malicious allegation,” adding that it was targeted at creating unnecessary tension in the state.

Rivers Police Commissioner, Usman Belel, who refuted the claim in a statement said:

“The attention of the Rivers State Police Command has been drawn to a Press Statement Signed by Simon Nwakudu, S.A to the Governor of Rivers State on Electronic Media, on the planned kidnap of the Resident Electoral Commissioner and subsequent Postponement of the gubernatorial and House of Assembly elections scheduled to hold on Saturday 9th March, 2019.

“The Nigeria Police Force being the lead agency in internal security and on election security duties is disturbed by this unverifiable, unfounded, baseless and malicious allegation and hereby wishes to refute and condemn the allegation in the strongest terms and to allay the fears and apprehension generated by that unnecessary and alarmist report by the Rivers State Government.

“To this end, it has become increasingly necessary to refute that phantom allegation and herein State as follows:-

“That the Inter-Agency Consultative Committee on Election Security (ICCES) headed by the Commissioner of Police, ahead of the 2019 Elections met severally and fashioned out modules on the security of the entire election process , which was largely responsible for the successful conduct of the Presidential and National Assembly elections in the state.

“The committee remains irrevocably committed and untiring in its efforts to ensure that the gubernatorial and state assembly elections scheduled to hold on Saturday are peaceful, credible and devoid of violence.

“That the Rivers State Government, is levying this weighty allegation on the security agencies at this crucial moment, is indeed sad and unfortunate, when in actual fact, the security agencies should be encouraged and prayed for by all and sundry, to entrench a credible process that will stand the test of time.

“That the allegation of kidnap of the Resident Electoral Commissioner and postponement of the Elections, are all serious issues that touch on hence they will be thoroughly investigated, to ascertain the veracity or otherwise and bring any body or group found complicit to Justice.

“Consequently, may I at this point appeal to the residents of the state to remain calm and go about their normal activities, as there is no cause for alarm.

“The allegation, for all intents and purposes, is politically motivated and only intended to heat up the polity and create unnecessary tension in the state.