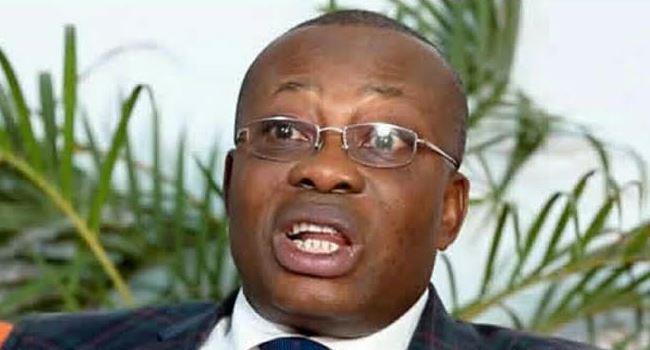 For the second time in his 8th year rein as the President of Nigeria, President Muhammed Buhari has jetted out of the country to UK on a visit he termed “private”. The last time he did this was sometime in April this year during which he spent about seventeen days before returning back to the country.

Just like the earlier visit, the President again failed to transmit power to the Vice President of Nigeria, Professor Yemi Osibajo in accordance with Section 145 of the 1999 Constitution as amended. That section mandates the president to transmit power through the National Assembly to his Vice to take charge of the country in his absence.

The drafters of the constitution have genuine reason to insert such a Section in an important document like the constitution one of which is to ensure that vacuum does not exist and also to give a sense of belonging to whoever the country have elected as vice to the president of the country. The most important reason maybe also the fact that presidential duties are enormous and any hardworking president deserves to take a rest from the onerous burden of the presidency and allow his vice to man the office while he rests and resumes refreshed for the task ahead.

There maybe more reasons than this but I think these are the major reasons for that provision. When President Yar’dua was in power and took ill and failed to hand over the reins of power to the then Vice President, former president Goodluck Jonathan, that failure created so much crisis, that the National Assembly had to device the doctrine of necessity to obviate the conflagration that was about to blow up the country then. It was not a pleasant time for Nigerians as words like “the president can rule from anywhere in the world” rented the air to the annoyance of majority of Nigerians. Sadly, we are being treated shockingly to the same menu under the new dispensation.

In 2010, the National Assembly in conjunction with the 36 State House of Assemblies cured the defect by inserting Subsection (2) to the Section 145 of the 1999 Constitution to avoid a repeat of that ugly incident. The sum total of that subsection is that if the President fails, refuses and or neglects to transmit power to his Vice President, the National Assembly is mandated after the period of 21 days to pass a resolution empowering the Vice President to start to act automatically “as the Acting President of Nigeria”.

That section did not and never provided that it is only when the president will spend more than 21 days outside the shores of the country, that he will be required to hand over power to his Vice President. The 21 days provision is meant to give the maximum period the president will be allowed to be in breach of Section 145 of the Constitution as the National Assembly will come in to do what the President ought to have done in the first place by mandating the Vice President to act in the place of the “travelled president”.

The president has breached the constitution of 1999 constitution no doubt by his inability to transmit power to the Vice President of the country for the 19 or less that he wants to spend for his “private visit” in the UK. His “private visit” has no place in Section 145 of the 1999 Constitution in the first place. He is only allowed outside the shores of Nigeria for official visits, medicals and or vacations.

More troubling is the signing of Off-Shores Bill in the UK, outside the shores of Nigeria. The act of signing the Bill outside the country, politically sends a signal to our friends that our sovereignty as a nation is in doubt. Some acts attract dignity, some do not. This one certainly does not. If I were the president who love and respect my country, I will instruct that the bill should wait until I come back and sign it in OUR SHORES. The signing of that Bill in far UK sent wrong signals on so many fronts and IT IS NOT HEALTHY FOR THIS GOVERNMENT.

I love Nigeria so much and believe that God will give us leaders who will listen to sound advice to make Nigeria a great country in all ramifications. May God not allow our leaders to surround themselves with bootlickers and sycophants that will tell a “naked leader” that he is wearing the most expensive apparel ever sewn by any living being, AMEN.

Related Topics:BuhariJonathanYemi Osibajo
Up Next

5 and not 13 students killed in Kogi State University —Police