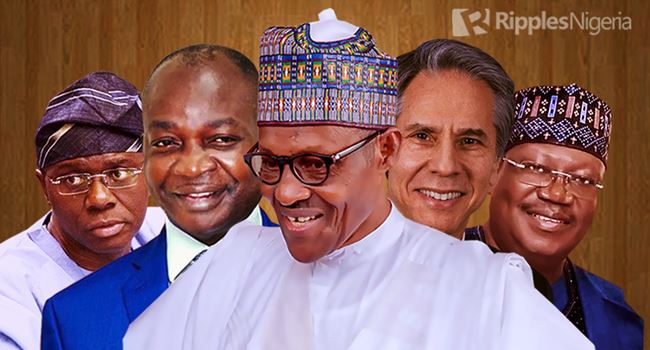 The President told a group of South-East leaders under the aegis of Highly Respected Igbo Greats who visited him on November 19 he would consider the request for the release of Kanu who is standing trial for alleged treasonable felony at the Federal High Court, Abuja.

He, however, said he preferred not to interfere with the judicial process as this runs contrary to the doctrine of separation of powers between the judiciary and the executive arms of government.

Buhari said: “The implication of your request is very serious. In the last six years, since I became President, nobody would say I have confronted or interfered in the work of the judiciary. God has spared you, and given you a clear head at this age, with very sharp memory. A lot of people half your age are confused already. But the demand you made is heavy. I will consider it.”

Buhari’s contemplation of unconditional release of Kanu speaks to the power of dialogue as an alternative conflict resolution mechanism. If this comes to fruition, it means a deescalation of tension in the South-East is in the offing.

Without a doubt, such a move represents a thaw in the hardening of positions and also characterizes a shift in perception that the President has a preconceived disposition to the Igbo ethnic stock.

Most importantly, the change in attitude may just have signaled that the government is succumbing to intense pressure from the civic space.

The Lagos State judicial panel of inquiry which probed allegations of police brutality on November 16 submitted its report on last year’s protest, including the shooting of protesters at the Lekki toll gate to Governor Babajide Sanwo-Olu.

In a 309-page leaked report, the panel indicted the Nigerian Army and police in the shooting of the protesters. The team also called for the dismissal of soldiers found to be complicit in the murder of innocent protesters.

“The panel recommends disciplinary actions to the following officers (Lt. Col S.O. Bello and Major General Godwin Umelo), who refused to honor the summons of the panel in order to frustrate the investigation,” part of the recommendation read.

The submission of the panel’s report may have lifted the lid on the October 20, 2020 shooting of protesters at the Lekki toll gate.

The panel’s supposed findings, especially the revelation on the dumping of bodies in mortuaries across the state, may have exposed the lies by the Nigerian government that claims of killings were conceived to put the country in a bad light before the rest of the world.

The ensuing controversies over quality of work done by the panel, however, suggests that the government white paper on the incident will come highly predictable, and may do little to assuage public feelings.

However, what is important is that the panel’s report serves, among others, to hold government accountable.

The National Assembly on November 19 forwarded the Electoral Act Amendment Bill to President Buhari for his assent.

The Senior Special Assistant on National Assembly Matters to the President, Senator Babajide Omoworare, disclosed this in a one-paragraph statement in Abuja.

He said: “Please be informed that in pursuance of Section 58 (3) of the 1999 Constitution of the Federal Republic of Nigeria (as amended) and the Acts Authentication Act Cap. A2 LFN 2004, the National Assembly has transmitted the Electoral Bill 2021 to Mr. President today Friday, November 19, 2021.”

It is expected that the Electoral Act Amendment bill will contribute to better participation of the citizens in electoral practices, reduce corruption and strengthen the nation’s democracy.

Although some of the provisions in the bill would not improve the process overnight, it will enhance the conduct of credible elections which the citizens have long clamoured for in the country.

As Nigerians await the President’s assent to the bill, there is palpable fear that if the ongoing plot to convince Buhari against signing the document succeeds, the 2023 general elections will be characterised by the frauds that have become a recurring decimal in the country’s electoral process since 1999.

The United States on November 17 removed Nigeria from the list of countries blacklisted for promoting religious extremism.

In a statement issued by the US Secretary of State, Antony Blinken, Washington blacklisted China, Russia, and six other countries for violation of religious freedom.

The statement read: “The United States will not waiver in its commitment to advocate for freedom of religion or belief for all and in every country. In far too many places around the world, we continue to see governments harass, arrest, threaten, jail, and kill individuals simply for seeking to live their lives in accordance with their beliefs.”

The delisting of Nigeria signals that the country may have made some progress in its human rights records as defined by the US in the last one year.

However, despite this welcome development, there are still concerns over religious freedom with the increasing attacks on worship centres, by bandits and Boko Haram insurgents in the North.

This seeming progress might, therefore, end a pyrrhic victory unless the government sustains, through necessary legislations, the gains so far made in terms of its general human rights records.

The Academic Staff Union of Nigeria (ASUU) on November 15 gave the federal government a three-week ultimatum to address its demands.

The union threatened to resume the strike which was suspended on December 5 last year if the government refused to fulfill the agreement signed by both parties last year.

The ASUU President, Prof. Emmanuel Osodeke, who disclosed this to journalists said: “We are giving the Federal Government a three-week ultimatum; if, after three weeks they don’t meet our demands, we will be going on strike.
“We believe we have tried enough by giving them enough time.”

The strike threat is a sad reminder that the country’s education sector is yet to find respite, with its attendant implications for quality of learning.

It also casts doubts on the integrity of the country’s administrators who cannot keep agreements freely entered into.

It is heartwarming, however, that the federal government has responded swiftly to the ASUU threat by agreeing to meet the union’s basic demands by next week.

We can only hope that the process will be completed on time to prevent another prolonged stay at home for students.

QuickRead: Bandits rebranded terrorists. Four other stories we tracked and why they matter

QuickRead: Femi Adesina and the running bandits. Four other stories we tracked and why they matter