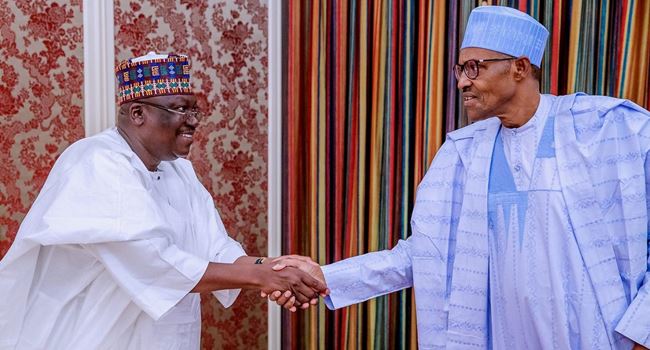 The Nigerian Senate on Monday said that President Muhammadu Buhari has given his approval for its N37 billion request for the renovation of the National Assembly complex.

Senate President Ahmad Lawan, made this known to newsmen in Abuja.

He said the money was included in the 2020 budget, but not as part of the N128 billion allocated for the National Assembly for next year.

The money he said, was instead included as part of the 2020 budget of the Federal Capital Development Administration.

According to Lawan, the Senate had met with Buhari to ask for the renovation of the complex, which he said had not witnessed any major renovation for 20 years.

“We met the president and (it was) related the condition of the complex.

“The president responded and said he was going to renovate the complex. The phase one renovation will commence – the chambers and committee rooms in the white house.

“N37 billion was sourced and was given. It was put under the FCT, not national Assembly. All we require is to have the complex renovated.

“When we are through with phase 1, we will go to phase 2. It is not under the control of the National Assembly. The complex is a national asset and is for the FCDA to take care,” Lawan said.

In a related development, the Senate said it would also approve a $29.9 billion loan request from the president.

This is despite the many fears being raised over Nigeria’s escalating debt profile.
The president on November 28 approached the Senate with the Federal Government’s 2016-2018 external borrowing plan, which he said was “critical to the delivery of the government’s policies and programmes” and asked the lawmakers to approve it.

Lawan revealed that the loan request would be approved while speaking with newsmen in Abuja on Monday.