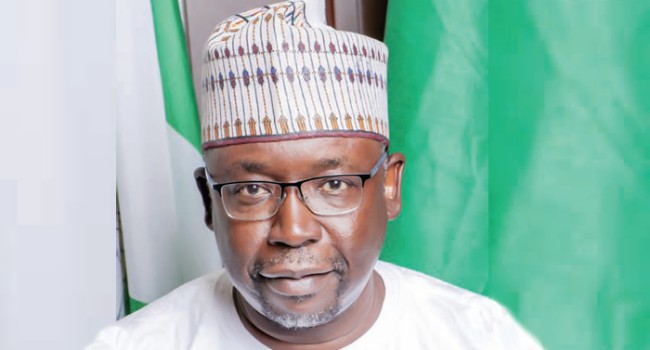 More revelations have emerged of how powerful forces have been shielding the embattled Director General of the National Emergency Management Agency, NEMA, Mustapha Maihaja.

According to the revelations, the NEMA DG was said to been queried over alleged fraud, corruption and embezzlement of billions of Naira illegally expended by the agency last year by the Federal Government.

It has however come to light that the query and the report of the Independent Corrupt Practices and other related offense Commission, ICPC, were not made public as some powerful forces within the presidency covered it up to protect Maihaja.

Also, a similar investigation by the Department of State Services, DSS, under former Director General, Lawan Daura was said to have indicted Maihaja over same allegations of alleged fraud and misappropriation.

According to sources in the DSS, some powerful forces intervened and Daura allegedly “reached a deal” with Maihaja and only asked him to refund the monies he collected as travel allowances for official trips he didn’t embark on.

The query letter dated January 15, 2018, with reference number SH/OVP/DCOS/LG&R/NEMA/367 was addressed to Maihaja and signed by Ade Ipaye, Deputy Chief of Staff to the President, office of the Vice President.

It would be recalled that the House of Representatives had adopted the report of its Committee on Emergency and Disaster Preparedness chaired by Hon Ali Isa J. C, which indicted Maihaja for fraud, diversion and embezzlement of N33 billion.

Documents sighted by Ripples show that Vice President Yemi Osinbajo acting on a directive from President Muhammadu Buhari directed that Maihaja be issued the query following a petition over several fraud allegations against the DG, by one Abba Kyari Modu Gana in a petition dated 11 November, 2017.

Gana, in the petition reportedly copied the Presidency, especially office of the Vice President, who doubles as the Chairman, Governing Council of NEMA, the nation’s anti-graft agencies, leadership of the two houses of of the National Assembly and others, made allegations of fraudulent practices against the NEMA DG.

According to Gana, prior to Maihaja assumption of office in April 2017, activities of NEMA were on smooth sail, but on his assumption as DG of the agency, he grounded the Mobile Ambulance Intensive Care Unit of the body, the emergency response vehicles, as well as the Air Ambulance and the Helicopter, which cost the nation about $100 million to put in place

“Upon resumption he (Maihaja) ground the Mobile Intensive Care Unit, Emergency Response Vehicles, Air Ambulanec and the Helicopters that cost the Federal Government about $100 million tax payers money to acquire, Anne dire 1 is a letter written to the Agency by the NCAA”,

Also on the 2017 devastating floods that affected 16 states of the federation, the petitioner alleged that upon the directive for the immediate release of N1.6 billion for the supply of relief support for victims, he said “these might interest you that no item was procured and delivered to the states” affected by flood.

“The DG awarded a contract of N2.4 billion without following due process even though it’s strictly above his approval limit and that of the Chairman governing council of the agency. Annexure II are copies of draft letters written to the Federal Executive Council and the BPP seeking certificate of no objection after an award letter was issued to the supplying company. Even though they are just draft documents, the DG went ahead to pay the company the sum of Three Hundred and Six Million (N360,000,000) and another sum of Nine Hundred and Nineteen Million (N919,000,000) with just invoices.

“He has been involved in the illegal approval of contracts that are constitutionally and according to the Agency’s Act exceeds his approval limit and that of the Chairman of the governing council. The contract award letters signed by the acting director Department of Relief Services and Rehabilitation, a department that happens to be the consuming department of the items, annexure iii is the approval threshold of the Director General, annexure IV is a copy of NEMA Act, annexure v are copies of the contract award letters, payment vouchers and others illegal documents used for payment.

“The NEMA Abuja operations office was located at Wuye District before his resumption in office, on the experiation of the rent, the DG (Maihaja) said the amount paid (N7,000,000) seven million for two years was on the high side so he relocated the office to his brother’s house at Wuse Zone 2, Mombolo street at the cost of (N16,758,000) Sixteen Million Seven Hundred & Fifty Eight Thousand Naira for the same period of two years.

“He (Maihaja) travelled to the United Kingdom for training in Bournemouth with all his travel entitlements paid for two weeks but he only spent five days and bought an apple ipad. Upon return to the country, he pulled out the amount from the agency’s account (see annexure vi).

“He was scheduled to travel to Mexico for two weeks but he did not embark on the trip and he did not make refunds.

“He was scheduled for trip to Canada for two weeks, he collected the travel entitlement and spent two days, see his international passport for further details”, the petitioner wrote.