RipplesMetrics.... Six charts that show life is getting tougher for Nigerians | Ripples Nigeria 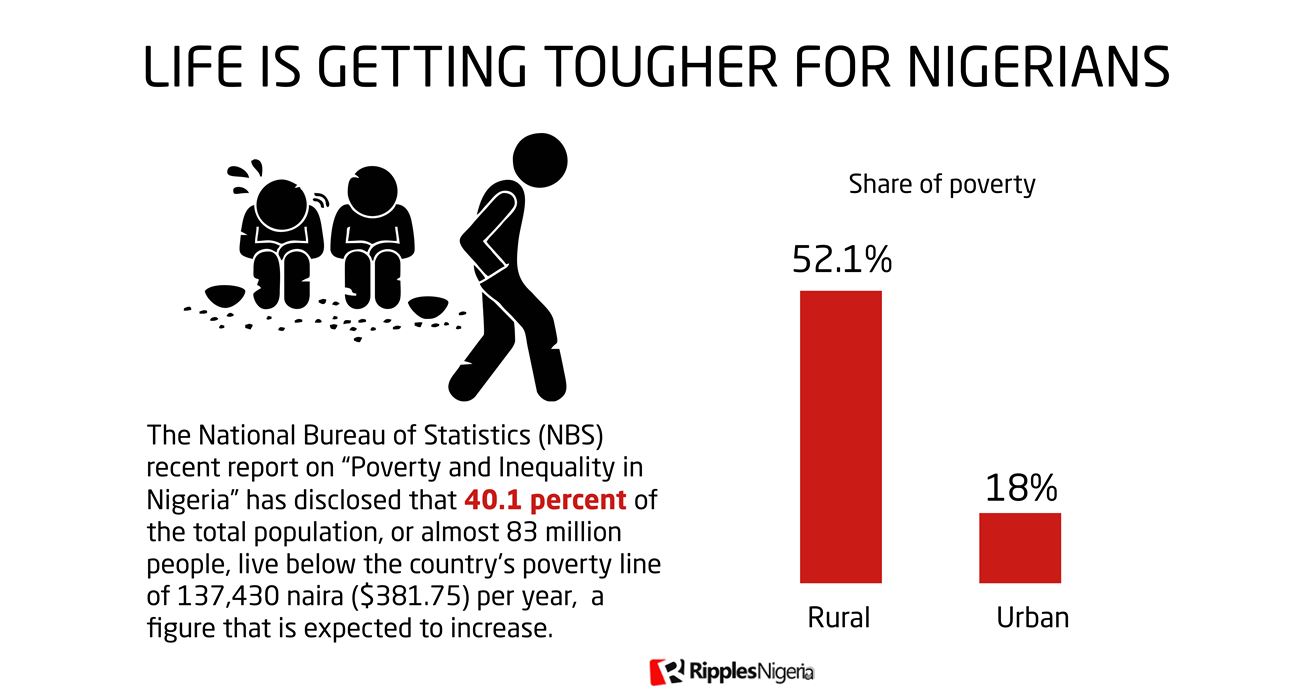 Life is getting tougher for Nigerians, and for a breadwinner on N30,000 minimum wage, the hardship is clearly tougher.

On Tuesday, Inflation hit 16.47 percent, the highest level since 2017, and in the last 18 months has been on a consistent rise.

To understand this, Ripples Nigeria collated key socio-economic metrics that capture the living standards of Nigerians.

For quite a long time, concerns have been raised by analysts on the inability of Nigerians to increase their spendings, a feeling captured in the Central Bank of Nigeria (CBN) Consumer Expectations Survey (CES) for the fourth quarter of 2020.

According to the CBN report, most respondents surveyed indicated no plans to spend much in 2021 due to the unfavourable outlook, to declining economic conditions, family financial situation and declining family income.

The National Bureau of Statistics (NBS) “2019 Poverty and Inequality in Nigeria” report, highlights that 40 percent of the total population, or almost 83 million people, live below the country’s poverty line of 137,430 naira ($381.75) per year.

This implies that four out of every 10 Nigerians spend less than $1 every day.

Nigeria seems to be plunging into a new dimension of economic crisis as food inflation reached a new high.

According to inflation data published by the National Bureau of Statistics (NBS), on Tuesday it will now costs Nigerians twice the average amount spent on food five years ago to purchase the same today.

Read also: RipplesMetrics: For an average Nigerian, it’ll take 69 years to earn a Senator’s one month salary in 2021

What this means is that 10 million Nigerians have been added to the unemployment number in the last four years, a figure that is expected to grow when the latest labour statistics is released.

NBS latest CPI report also shows, the average transportation cost both for Urban and Rural areas is on the highest level since 2009.

In six years, Nigeria’s Naira in the official window has dropped 93.4 percent in value to the US dollars.

The free fall of the naira has largely be attributed to the high cost of goods in the country due to the country‘s dependence on importation.