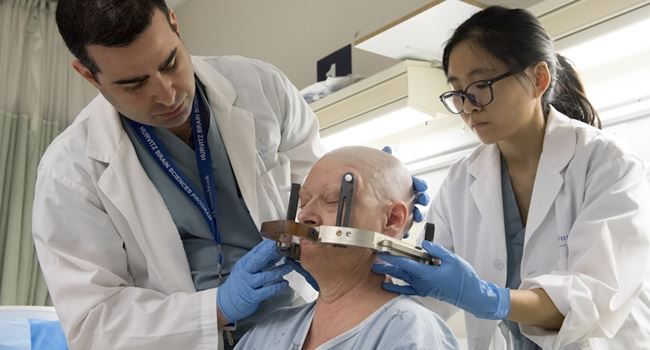 Researchers at the Technion-Israel Institute of Technology and their partners at Bar Ilan University have developed new technology to inhibit the development of Alzheimer’s disease.

The work was recently published in the journal Small and also appears on the magazine cover.

The research was led by Prof. Ester Segal and Ph.D. student Michal Rosenberg from the Technion Faculty of Biotechnology and Food Engineering and their partners, Prof. Orit Shefi and Ph.D student Neta Zilony-Hanin from the Bar Ilan University Faculty of Engineering.

“In a series of experiments, we showed in mice that the two ways of delivering the platform into the brain led to the desired result. Furthermore, our technology has also been tested in a cellular model of Alzheimer’s disease and indeed, the protein release has led to rescuing the nerve cells,” Michal Rosenberg, Technion doctoral student said.

Alzheimer’s, the most common form of dementia, is characterized by symptoms that include memory loss, speech impairments, orientation problems, and significant impairment of motor functions.

The disease primarily strikes the elderly population, and after the age of 85 reaches a prevalence of some 30%.

Due to the increase in life expectancy and the increase in the elderly population, the overall incidence of the disease has grown and is today referred to as the “gray epidemic” or the “21st century plague.”

Jonathan has no plan to dump PDP – Omokri